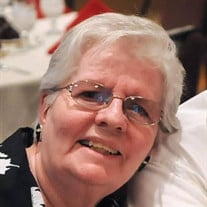 JoAnn Smith Ruf died peacefully on June 30, 2021. Born to David and Emily Hancock Smith on August 2, 1932, in Idaho Falls, Idaho. JoAnn was the youngest of eleven children, and the last to pass away. Growing up she felt cherished and loved by her parents and older siblings. JoAnn had a beautiful singing voice and while young, often accompanied her Father as he ministered to members of his ward and stake to bring comfort and cheer to them. Her talent was nurtured and developed in their home and throughout her growing up years. She attended BYU where she was a featured soloist in several operettas put on by the school. After dating Wilford Walter Ruf for several years and waiting for him while he served an LDS mission, they were sealed by her father David, in the Idaho Falls Temple on August 18th 1955. There was never a question in her mind that he was meant to be her eternal companion, a knowledge she declared often. Shortly after being married, they lived in San Francisco. They returned to Idaho and moved later to Sandy, and Fountain Green Utah. Together, JoAnn and Wilford raised 10 children. Two of which had special needs. She would never pursue a career in vocal performance as encouraged by many but followed her first love of being a mother. She did, however, continue to share her talent as she often held the position of music chairman in her ward and soloed frequently. In addition, she sang with the Utah Choral for 10 years, which was the chorale for the Utah Symphony. She was a mother through and through. To the end of her life, she nurtured her children and grandchildren with poetry from the greats, music, old movie classics, and her testimony and advice. Frequently she gave mini lessons about many things, especially the Gospel of Jesus Christ. We often listened as she read from the scriptures. She always bore a strong testimony of these things. In later years, she was homebound much of the time with two special needs children. Watching old movie classics became her passion. She always felt that good movies needed to change you for the better-she was very discriminating about them. She fully loved the arts and passed that love onto her children and grandchildren. She was a devoted mother to her posterity. JoAnn is preceded in death by her Husband Wilford Walter Ruf; her grandson Chase Walter Hathenbruck, Brothers; Harlan, Albon, Dale and Kay. And her sisters Esther, Lorraine, Carol, Rayola, Jeanne, and LaPrele. She is survived by her children Marianne Tawareguci, Daphne (Dirk) Baum, Caralee (Jim) Jewkes, Emalina (John) Vincent, Rosalie Noyes, Elizabeth (Steve) Hathenbruck, Wilford McKay, Adrian (Jill) Ruf, Lottie LaPrele Ruf, and Walter (Marci) Ruf and many grandchildren and great grandchildren. Funeral Services will be at 11:00 a.m. on Tuesday, July 6, 2021 with a viewing from 9:30 a.m. to 10:45 a.m. at the Church of Jesus Christ of Latter-day Saint building located at 2900 North Timpview Drive, Provo, UT.

JoAnn Smith Ruf died peacefully on June 30, 2021. Born to David and Emily Hancock Smith on August 2, 1932, in Idaho Falls, Idaho. JoAnn was the youngest of eleven children, and the last to pass away. Growing up she felt cherished and loved... View Obituary & Service Information

The family of JoAnn Smith Ruf created this Life Tributes page to make it easy to share your memories.