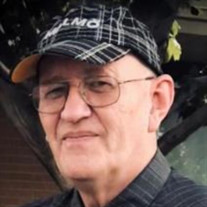 John Robert Czarnik was born February 13, 1954 in Salt Lake City, Utah to John J and Ada Maxine Spens Czarnik. He grew up in the only childhood home he knew in Sugarhouse, Utah. He was the second oldest child and only boy of 5 children. His roots were always important to him. Dad was all boy and was always bringing home strange animals like monkeys, ducks, chickens… anything that kept the household lively and riled up! He was a very protective and loving son and brother, was adored by his parents, and was often referred to as “Bubba” by his sisters. In 1972 he married his sweetheart Mona Salazar, together they built a beautiful life for themselves and their family. They enjoyed being self-employed, entrepreneurs for many years as they ran the CZ Trading Company, traveling across the western states to trade shows. Together Robert and Mona had 3 children; Amanda, Stanley and Lindsey. They lived in Salt Lake City until 1991 when they decided to move their family to the small farming town of Genola, Utah. There they traded in city life for the 40 acres of land, Robert had always been known for his green thumb. Over the years in Genola he planted and grew over 700 trees, had a variety of animals including 40 head of sheep, goats, chickens, ducks, rabbits, a peacock and a horse. Robert was always a hard working man and tended to his family’s needs. He loved camping, fishing, traveling and all the family barbecues throughout the years.. Later dad started a career as a tour bus driver, one which he was passionate about. If you had a question about traveling or a vacation/tour destination he could tell you the best places to go in any of the states that he had traveled to. Despite his health issues, which forced him into an early retirement, he was always ready to lend a helping hand. In September 2018 Robert lost his wife and sweetheart to medical complications. For 7 years Robert attended the Aspen Senior Care Center where he developed many friendships with fellow senior citizens, he was a staff favorite! He was known for his outgoing and unfiltered personality with friends of all ages and backgrounds. Our hearts are warmed at the thought of how many lives he has touched. Despite his own physical limitations and severe pain he lived with, he would go or do anything for a friend or family member in need. It relieves us in knowing that he has finally been reunited with his wife Mona and his parents that he loved and missed so much. Heaven is so blessed to welcome in a sweet, ever young hearted soul. Until we meet again, we will be missing a piece of our hearts. Robert is preceded in death by his wife Mona, Parents John J and Ada Maxine Czarnik. He is survived by his children Amanda (Juan), Stanley (Susan), Lindsey (Jim) and grandchildren, Kayla (Taylor) Isaiah, Carson, Elisabeth and Jj Ruiz. Jayden, Jiselle, Jace and Jax Ruiz. His Great grandchildren are William and Theodore Fox. Services will be held Wednesday, February 10th, 11:00 am at the LDS Church, 381 E. 400 N. Spanish Fork, Utah. A viewing will be held one hour prior to services.

John Robert Czarnik was born February 13, 1954 in Salt Lake City, Utah to John J and Ada Maxine Spens Czarnik. He grew up in the only childhood home he knew in Sugarhouse, Utah. He was the second oldest child and only boy of 5 children. His... View Obituary & Service Information

The family of John Czarnik created this Life Tributes page to make it easy to share your memories.