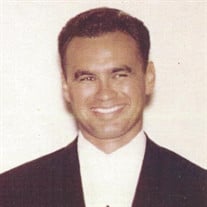 Our beloved John Helekunihi Duke passed away in his home with his family on May 2nd, 2022. He was the son of Mal Helekunihi-Duke and Abigail Cutter. Mal, had a band called the “Royal Hawaiians” which included Mal's sister and brothers that performed throughout California, Washington, and Montana. While they were on tour in Helena, Montana, John was born on September 10, 1939. They didn't have a crib or bassinet, so they put him in a hotel drawer. He was nicknamed: “Paduka.” When John was a young child, he enjoyed the beach daily at the Isthmus on the west side of Catalina Island, while Mal performed for vacationing movie stars. After the December 7, 1941 attack on Pearl Harbor, the band members joined the Merchant Marines, and they were all sent to entertain recruits and serve in other capacities at Avalon on the East side of Catalina Island. Once again, John enjoyed an idyllic life on the beach with other children and his mother, Abby. Mal was eventually sent to occupied Japan after WWII where he also entertained the troops. While Mal was in Japan, John and his Mother, went to live with his Grandma (Mal's mom) in San Leandro, CA with other family members. After 13 months, Mal came home, and they continued to live in San Leandro near family. John enjoyed family gatherings where the old band members got out their various instruments and sang Hawaiian music for hours “Kanikapila.” John attended Washington Elementary, Bancroft Jr. High, and San Leandro High School. In High School, John was an excellent Scholar, Football Quarterback, and Senior Class President. He also played the Clarinet and Sax in his school band and community orchestra. He received a scholarship to B.Y.U. in 1957 and played Quarterback on the B.Y.U. Freshman Football Team. During the summers, he worked as a Life Guard for the City of San Leandro. He graduated from B.Y.U with a B.S. in Zoology and Chemistry in 1965. He married Elaine Jones September 8, 1966 in the Los Angeles Temple. He started working as an Investigator for the FDA in 1967 serving in the Los Angeles, CA; Phoenix, AZ; and Irvine, CA offices. After twenty-seven years, he retired in 1994. John wrote a book with short stories, biographies, and poetry. He spent many hours researching his family history, gathering information for ancestors' bios, and submitting names for temple work. He enjoyed singing in quartets and choirs. He sang duets with his wife Elaine. He participated and observed all sports especially football, baseball, track, and basketball. He competed in the Senior Olympics and received medals in throwing shot-put, javelin, and discus. He loved to go fishing and camping. John was diligent in serving various capacities in the Church of Jesus Christ of Latter-day Saints: Missionary to Taiwan (2 ½ years Mandarin speaking), Elders Quorum President, Young Men's President, Scoutmaster, Teacher, Seventies and High Priest Quorum Leader, Ward & Stake Missionary, Ward & Stake Mission President, Ward Clerk, Executive Secretary, Bishop's Counselor, and Stake Council. He is greatly loved and missed by his family. His compassion and generosity will never be forgotten. He is survived by: his wife, Elaine Jones; sister, Carol Helekunihi Duke; children, Pamela, Jeff, Paula, and Chelsea; grand-children, Cassie Sheeran Williams (Taylor), Kai, Aaron, Keoni (Rylee), Isaiah, Kalei, Leilani, Atticus, Eden, Porter, Tessa, Kavika, Noa, Honua, Alema; great-grand-daughter Skye; and many cousins, nieces and nephews. Memorial Services will be held Saturday, June 18, 2022 at 2:00 p.m. at the Church of Jesus Christ of Latter-day Saints, 1330 East Ira Hodges Scenic Pkwy, Eagle Mountain, Utah

Our beloved John Helekunihi Duke passed away in his home with his family on May 2nd, 2022. He was the son of Mal Helekunihi-Duke and Abigail Cutter. Mal, had a band called the &#8220;Royal Hawaiians&#8221; which included Mal's sister and brothers... View Obituary & Service Information

The family of John Helekunihi Duke created this Life Tributes page to make it easy to share your memories.

Our beloved John Helekunihi Duke passed away in his home with...