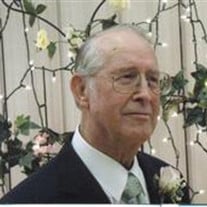 John Reid Folsom (Jack), 79 passed away May 2, 2012 at his home in American Fork, Utah. He was born in Cardston, Alberta, Canada on December 16, 1932 to Henry and Ruth Folsom. Jack was raised in Hill Spring, Alberta, Canada. He worked on the family farm where he developed a love for work and agriculture. At the age of 15, Jack moved to Spokane, Washington with his family. He attended Central Valley High School and graduated early to attend Brigham Young University. He began his selling career in high school with newspaper subscriptions and then sold Rena Ware cookware in college. This took Jack to many different cities in the US and Canada. He married Carol Jean Montague on February 6, 1953 in the Manti, Utah temple. Together they had 6 children in 5 different cities. Jack settled his family in Southern Alberta. They enjoyed years of living in the mountains with cattle, horses, and wild animals. They also enjoyed living in Hill Spring, Alberta where Jack worked the farm and started selling farms and ranches throughout Alberta and Australia. He was very successful and gained quite a reputation in real estate sales and land development. Jack was a member of the LDS church and served in many capacities. He shared Book of Mormon’s everywhere he went. In 1997 Jack and Carol served a successful mission to Singapore and Malaysia. His wife Carol passed away after 56 years of marriage. He became reacquainted with Colene Allred Oviatt, a former schoolmate from Hill Spring, Alberta, Canada, and married her in 2010. They spent two happy years together. Jack was a wonderful husband, father and grandfather and cherished his family relationships. Jack is survived by his wife Colene, children; Jim (Lynn), Greg (Jackie), Jeff (Angie), Dawna Baugh (Craig), Elaine Hudson (Jim), and Gary (Tina), 20 grandchildren, 33 great-grandchildren, three brothers (Ted, Kelly, Terry), and one sister (Merilyn Molene). He was preceded in death by his first wife Carol, his parents and two sisters. Funeral services will be held on 11:00 am, Saturday, May 5th, 2012 at the American Fork 38th Branch Chapel, 1200 S 860 E in American Fork, Utah with a viewing at 9:30 to 10:45 am. A Memorial service will also be held 11:00 am, Monday, May 7th, 2012 at the Hill Spring Chapel in Hill Spring, Alberta, Canada. A viewing will be held Sunday May 6th, 7:00 pm at Legacy Funeral Home and Monday, May 7th, 9:45 to 10:45 am at the Hill Spring Chapel.

John Reid Folsom (Jack), 79 passed away May 2, 2012 at his home in American Fork, Utah. He was born in Cardston, Alberta, Canada on December 16, 1932 to Henry and Ruth Folsom. Jack was raised in Hill Spring, Alberta, Canada. He worked on the... View Obituary & Service Information

The family of John "Jack" Folsom created this Life Tributes page to make it easy to share your memories.