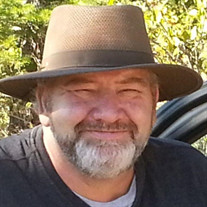 John Sheldon Larsen was born on March 11, 1957, in Long Beach, California. John graduated from Cyprus high school in 1975. Immediately after graduation he enlisted in the Army from 1977-1979. In the Army he was on the Airborne jump team and a MP down in Panama. John received a .45 caliber expert badge, a good conduct medal, and an M-16 rifle expert badge from the Army. August 24, 1979, John married the love of his life Anita Marie Larsen (Pendleton) in Kearns, Utah. Together they parented three children: Christopher S Larsen born February 13, 1980, Nicholas F Larsen (Candy) born January 17, 1984, and Jessica F Schwab (Richard) born December 20, 1984. While having a family he joined the Army Reserves from 1982-1989. John worked at the Kennecott Smelter from 1980-2001. He then opened a mechanic shop called Pro Alignment and Brakes from 2002-2004. It was located behind the West Valley billiards off 3500 South. He then sold the shop and decided to go back to school. John attended Salt Lake Community College where he got his Associates degree. He then worked at the Provo state mental hospital as a Certified Occupational Therapy Assistant aka COTA. John went by Sheldon for those who knew him personally. Shell had a lot of hobbies. He was a craftsman at leatherworking, woodworking, candle making, and gun smithing. He had a heart attack in 2014 and was never able to come back from it. He slowly got worse amputating toes on his right foot. John went blind caused by his diabetes. He eventually went on hospice for organ failure for his kidneys and heart. A week later he died on February 10, 2022, at 2:32 AM surrounded by loved ones. He is preceded in death by wife Marie, Mother Teresa, Brothers Scott and Russell, Grandchildren Devan, and Jeremiah. John is survived by Father Don, Sister Kathy, Children Christopher, Nicholas (Candy), and Jessica (Richard), Grandchildren Angelina, Nevaeh, RJ, Ashton, Summer, Dawn, Cassandra, Elijah, Christopher, Jarett, Courtney, and Aiden, great grandchildren Samantha and Noctis, as well as 19 plus nieces and nephews. John was part of a large family. He will be extremely missed. Services are on February 18, 2022, at Premier Funeral Services located at 67 E 8000 S Midvale, Utah 84047. Viewing is at 11 AM followed by funeral services at Noon. Graveside dedication will be at the Utah Veterans Memorial Park 17111 S Redwood Rd Bluffdale, Utah 84065 at 2 PM. Immediately following the graveside dedication there will be a luncheon for family and friends, to be held at the church located at 6710 W 4145 S West Valley City, Utah 84128.

John Sheldon Larsen was born on March 11, 1957, in Long Beach, California. John graduated from Cyprus high school in 1975. Immediately after graduation he enlisted in the Army from 1977-1979. In the Army he was on the Airborne jump team and... View Obituary & Service Information

The family of John Sheldon Larsen created this Life Tributes page to make it easy to share your memories.