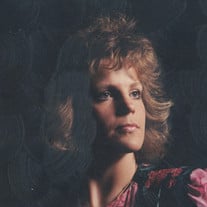 We said our tender good bye’s to Jolee Ann Barney Hojnik on December 13, 2015 and she returned home to her Heavenly Father, Trevor John and Cadee-bug. Jolee was born October 13, 1958 to Bonnie Wolf and Clarence Barney in Salt Lake City, Utah. Jolee, the second of four children, cherished family above all. Her family moved to Eugene, Oregon where she met her tall dark handsome David Michael Hojnik and married May 18, 1979. Seven years later they were sealed in the Salt Lake Temple, May 19, 1987. At the age of 10 Jolee was diagnosed with diabetes and David became her hero, as he helped Jolee manage her disease throughout their married life. Jolee faced many extreme hardships throughout her life but those hardships were rivaled by her kindness and love that extended to not only to her immediate family but hundreds of extended family members, friends and neighbors. Jolee’s dream to bear children finally came to pass with the birth of Aubree. Jolee and David were later blessed with the opportunity and joy to raise and love Morgan. Trever John’s death at 11 days old was an extreme heartache and one of many babies that did not live. They raised two beautiful girls with a tender touch and gentle manner which extended to their grandchildren, to whom they became devoted cheerleaders. Jolee was intelligent and witty. She possessed a zest for life and had twinkle in her eye when she found a good bargain. With a home full of treasures she made the most of holidays with her decorating flair. She loved to buy and craft treasures to give to her grandchildren and help them decorate their rooms. Jolee loved scrapbooking, photography and collecting memories, and soon became the family historian of a large extended tribe and took so many pictures that she was given the endearing name of “Go away Jolee”. Jolee’s many talents included quilting, collecting and garage sale shopping. She enjoyed camping with David and always had a beloved pet. As a member of the LDS church, she enjoyed the associations she had with ward members, and had a strong testimony of her Savior Jesus Christ. Jolee is preceded in death by her son Trevor John Hojnik and granddaughter Cadee Celeste Conner. She leaves behind her beloved and dedicated husband David Michael Hojnik and two daughters, Aubree Dae Hojnik Conner (Ed), Morgan Rae Hojnik Mills (Stuart), her grandson’s David and Robert, parents Bonnie Wolf, Clarence and Marla Barney, sister Tacy Barney, brother’s Brandon (Connie)Barney, Barrett (Janice)Barney, Derrick (Nissa)Barney, mother in law Donna Hojnik, and sister in law Lisa (Bill) Hancock. A viewing will be held Monday, Dec. 21, 2015 from 9:00 to 10:30 am with a funeral service 11:00 am at the Hunter 10th Ward house, 5000 W Pavant Ave. Interment will follow the services at the Herriman City Cemetery.

We said our tender good bye&#8217;s to Jolee Ann Barney Hojnik on December 13, 2015 and she returned home to her Heavenly Father, Trevor John and Cadee-bug. Jolee was born October 13, 1958 to Bonnie Wolf and Clarence Barney in Salt Lake City,... View Obituary & Service Information

The family of Jolee Ann Hojnik created this Life Tributes page to make it easy to share your memories.

We said our tender good bye’s to Jolee Ann Barney Hojnik on December...