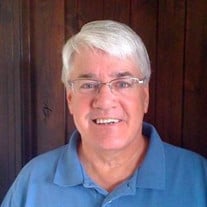 Of all the things that can be said about Jon Schultz—and there are many, one thing that will be said by all is that he was just plain good. His goodness was often demonstrated by his caring and kindness toward those around him. He wasn’t shy about getting to know people or striking up a conversation. In his less functional years, Jon would light up a room in the face of the downtrodden and depressed. He didn’t live an easy life yet he persevered through physical, emotional, mental and spiritual maladies. His proudest accomplishment was successfully wading through the stinging trials of single-parenthood which were no doubt accompanied by stress, anxiety, depression and fear—all of which clearly showed through the hairs on his head. He persevered through the rigors of daily life silently and unknowingly striving with mental illness; however, he not only persevered through that, he was also mercifully and miraculously preserved to accomplish that wonderful work of raising his most precious assets—his boys. All four of them survive him—Jonathon Paul, Andrew Dane, Jeremy Nicholas and Dustin Quinn—and while he had plenty of opportunity to lighten this burden he decided to love and care for them, for which his children are forever grateful. He wouldn’t have traded that experience for the world and without him his boys would not be the people they are today. And on that note, there are many people who would not be who they are today because they knew him. Not enough can be said. The things of this world weren’t so important to Jon so it was easier for him to give up many things in life to raise his children. His family didn’t have a lot because of that. He gave up interests, time, sweat, sleep and probably many tears unseen by those around him. He worked multiple jobs—sometimes simultaneously—before obtaining a degree in criminal justice which allowed him to obtain his most loved career of Deputy Sheriff for the city of Chesapeake, Virginia. Toward the end we’re not quite sure how many times he simply gave away most of his possessions, including his clothes! Among the few things he left behind was a small box of pictures of and items he obtained from his boys. It showed he knew that the value of people and family trumped the value of any one thing. Through everything, Jon demonstrated a healthy amount of optimism and hope. No matter how bad things were, rarely—if ever—did people hear him complain about his circumstances because he understood that his life was in the hands of his Heavenly Father. He often demonstrated hope that things would turn out the way they were intended to and we’re assured they did. In mortality, he had a strong faith in Jesus Christ and he carries that with him now. He did not fear death. And now that death has taken him, he is free from the limitations of mortality to carry on a greater work as he further prepares for himself and his boys to enter into the rest of the Lord. He will be missed by his entire family but we are certain that he will be by our side—forever. To a great father, son, brother, uncle, grandfather, neighbor, friend and disciple of Christ we bid thee farewell until we meet again.

Of all the things that can be said about Jon Schultz&#8212;and there are many, one thing that will be said by all is that he was just plain good. His goodness was often demonstrated by his caring and kindness toward those around him. He wasn&#8217;t... View Obituary & Service Information

The family of Jon Pierre Schultz created this Life Tributes page to make it easy to share your memories.

Of all the things that can be said about Jon Schultz—and there...