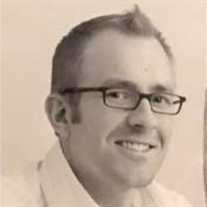 Jonathan Richard Gale 1973-2016 Jonathan, 43, passed away on December 3. He was born June 20, 1973 in Provo to loving parents Janine and Ralph Gale. He grew up in Orem and graduated from Mountain View High School in 1991. He then served an LDS mission to South Carolina. He married Suzanne Brandenburg in 1998 and they have three children. Jon was a happy little boy with an affinity for speed. He loved riding his Big Wheel as fast as he could into the dumpster. This love of fast driving continued well into adulthood. He loved sports. He enjoyed playing basketball and was a Utah Jazz fan. He enjoyed skateboarding, skiing, hunting, running, cycling, and completed half-marathons and century races. He received his Eagle Scout award, with his project display easels still being used today. He was an avid chess player and loved playing with his Grandpa Edmunds (whom he was elated to finally beat). Jon passed on his chess skills to his kids. Jon loved video games and computer programming from an early age. He began teaching himself on the family computer as a child and that curiosity and determination continued. He was incredibly smart and self-taught and became an excellent software engineer, working at SCO, Omniture, and finally Adobe. He enjoyed playing video games with his kids. He was musically gifted and played both piano and guitar. He loved playing piano duets with his daughter. He enjoyed flying radio control model airplanes with his Pop—a hobby that spanned many years. He met his wife, Suzanne, when they both began working at Homestar Communications. They bonded over The X-files, Star Trek, and general geeky pop culture. They married in 1998 and were sealed in the Mt. Timpanogos Temple in 2002. Their three children were the joy of his life. He fought a long, arduous health battle for many years and his family recognized his amazing will and strength in this trial. He was the toughest person his children have ever known. Jon is survived by his wife, Suzanne Brandenburg Gale; their three children, Jachin, Zoe, and Deacon; his parents, Ralph L. Gale, Janine Edmunds Gale; his siblings, Stephanie Bowman (Coy), Kimberlee Smyers (Michael), Jennifer Gale, Julianne Gale, Linsey Shively (Jeff), and Stephen Ralph Gale. Funeral services will be held 11:00 am, Saturday, December 10, 2016 in the Sunset Heights 4th Ward chapel, located at 500 South 600 West, Orem, UT. A viewing will be held prior to services from 9:30am-10:45am for anyone who would like to come and pay their last respects. Interment will be in the Provo City Cemetery.

Jonathan Richard Gale 1973-2016 Jonathan, 43, passed away on December 3. He was born June 20, 1973 in Provo to loving parents Janine and Ralph Gale. He grew up in Orem and graduated from Mountain View High School in 1991. He then served an... View Obituary & Service Information

The family of Jonathan Richard Gale created this Life Tributes page to make it easy to share your memories.