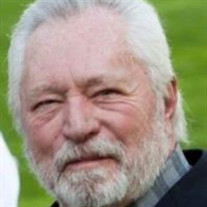 Joseph Ersol Berchtold passed away peacefully in his home in Ogden, Utah on January 18, 2022 surrounded by his wife and family after a battle with Parkinson’s Disease. Joe was born on June 11, 1939 in Tremonton, Utah to Lucille Grover and Joseph Ersol Berchtold. Joe moved to Brigham City at a young age and graduated from Box Elder High School in 1957. Joe had a very successful career as a salesman for over 40 years. Joe sold everything from RV’s and boats to cars. Joe also worked for ATK Thiokol for a number of years. Joe’s favorite hobbies included speedboat racing at Willard Bay (for which he had many trophies,) camping and snowmobiling on his family property at Monte Cristo every weekend, and watching NASCAR. Joe also loved an ice-cold Canadian Whiskey with Coke. Joe was always the life of the party, and was everybody’s best friend no matter where he went. He will always be remembered for his loud whistling, random singing, and his unique sense of humor. Joe was always stubborn and feisty; but he was also always sympathetic and made everyone else’s problems his own until he could fix them. He will always be remembered as an honest and hardworking man who never quit anything he started until it was finished. Joe had three children: Lori Ann (Pat) Hanley, Joseph Todd Berchtold, and Keira Martje (Ryan) Encinas. Joe met his soulmate and the love of his life Sue Bierwolf in 1989. They got married on his birthday in 1995 in Monte Cristo, Utah. Sue had two kids of her own: Rachelle and Chris (Holly) Miller. Joe accepted them and raised them as his own from the beginning. Joe spent 33 years with his sweetheart, and they were together by each other’s side for every moment until the end. Joe had 12 grandchildren, all of which he loved unconditionally. . He is preceded in death by his parents Lucille and Joseph; and all 3 of his siblings. He is survived by his wife Sue, his children Lori, Joseph Todd, Keira, Rachelle, and Chris and his grandchildren Austin Miller, Baylee Hanley, Chloe Rudd, Dylan Rudd, Grace Encinas, James (Nikki) Hanley, Katie Miller, Marcus (Andrea) Hanley, Makenna Hanley, Sarah Nicole (Michael) Navarro, Natalie Berchtold, and Shaelin (Evan) Hamilton. Joe’s family would like to say thank you to his home health and hospice team from Intermountain Hospice: Julie, Ed, and Shauna for the compassionate care that they gave to our father, grandpa, and friend in his final weeks. Services will be announced at a later date by the family.

Joseph Ersol Berchtold passed away peacefully in his home in Ogden, Utah on January 18, 2022 surrounded by his wife and family after a battle with Parkinson&#8217;s Disease. Joe was born on June 11, 1939 in Tremonton, Utah to Lucille Grover... View Obituary & Service Information

The family of Joseph Ersol Berchtold created this Life Tributes page to make it easy to share your memories.

Joseph Ersol Berchtold passed away peacefully in his home in...