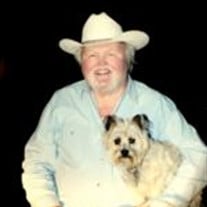 Joseph Martin “Marty” Sanders, after a hard fought battle with pancreatic cancer, died peacefully in his home, surrounded with family, on December 28, 2010. Marty was born in Globe, Arizona on January 24, 1947. He was the oldest of two children of Alroy Roosevelt “Ted” and Hilda Mae Burt Sanders. He spent most of his youth in San Manuel, Arizona. It was there that Marty found his love for football. He excelled at football at San Manuel High School and later continued to play for Eastern Arizona University. Marty served an honorable LDS mission to England from September 1966 to Sept 1968. After his mission he went to school at Ricks College where he met his first wife Linda Broadhead Sanders. They were married in 1970 and later had 3 children together. He then moved to Arizona where he worked in the mines and went to Southern Utah State College, where he continued to play football. While going to college, he went through basic training for the Army National Guard. In 1973 he graduated with his Elementary Education degree. He taught both elementary and high school for 10 years. During this time, incorporating his love for teaching and football, Marty began coaching high school football. He loved to coach and teach. Throughout the years, he coached kids anything from girls basketball and softball to high school football to rodeo events. Marty loved horses and anything to do with horses. After his 10 years of teaching, Marty turned his love and talents towards horses and rodeo. He worked on a ranch with a close friend for 6 years. He later shared his love for horses with his oldest daughter, Niki. He was her coach throughout her very successful rodeo career. Throughout his life, Marty shared his talent in many areas of occupation. These include teaching, coaching, factory work, real estate, many areas of the rodeo field, horse training and owning and operating his own restaurant. Marty was a faithful member of the Church of Jesus Christ of Latter Day Saints. He served many callings throughout the church. He loved to share the gospel. He was very outgoing and loved people. You could often find him sharing the gospel with anyone from the cashiers at Walmart to the nurses and doctors at the hospital. He loved to study the scriptures and go to the temple. Marty's personal interests were rodeo and pleasure horse riding, softball, skiing, racquetball, tennis, golf, fishing, bowling, ballroom dancing and learning to speak Spanish. Marty also had a great love for music. He enjoyed many different styles of music. Many people were blessed to hear him share his love of music as he sang baritone. During the last stage of his life, Marty was blessed to share his love of the gospel and people with Diana Thalmann. They married September 17, 2010. Their time together, though short on days, was full of lots of laughter, memories and Christ-like love. Marty is survived by his wife Diana Thalmann Sanders; his children, Niki (Shad) Priest, Marta (Adam) Smith, Joey Sanders; his grandchildren, Shane and Devri Priest and Austin, Darion, Caleb and Tayla Smith, his dog Minnie, and many close friends. Funeral services will be held Monday, January 3, 2011 at 1:00 pm at the Roosevelt West Stake Center. 150 Skyline Drive, Roosevelt, UT. With a viewing, at the church, one hour prior to services. Interment at the Roosevelt Cemetery.

Joseph Martin &#8220;Marty&#8221; Sanders, after a hard fought battle with pancreatic cancer, died peacefully in his home, surrounded with family, on December 28, 2010. Marty was born in Globe, Arizona on January 24, 1947. He was the oldest... View Obituary & Service Information

The family of Joseph Martin "Marty" Sanders created this Life Tributes page to make it easy to share your memories.

Joseph Martin “Marty” Sanders, after a hard fought battle with...