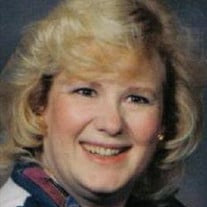 Joy Dodge was born in Salt Lake City, Utah on June 26 1954 to Lyle and Paula Buttars. She grew up in Magna, Utah with her many brothers and sisters: Elizabeth Wade, Margaret Sexton, Janice Lewis, Robert Buttars, Toni-Lynne, and Mary Buttars. In 1976, she gave birth to her only child Brian Dodge. Later moved to West Valley City, where she bought a home in which she raised her son and lived out the rest of her days. She was preceded in death by her parents, Lyle and Paula Buttars and sister Elizabeth Wade. She leaves behind her dog, Hercules, who was her beloved friend and companion; her dear son, Brian Dodge (Candis); her pride and joy, grandsons, Bronson Dodge and Jason Dodge; along with many nieces, nephews, and other cherished family members and friends. She was hardworking, independent, and will be remembered as a loyal friend and loving mother. Joy always put others before herself and went out of her way to be supportive in times of need. Her famous saying was, “This, too, shall pass.” Her favorite thing of all was to spend time with her grandsons whose academic achievements, sports accomplishments, and many additional talents filled her with great pride. An open house will be held in her honor on Saturday, January 17 from 11:00 am - 1:00 pm at her home on 2991 S 2855 W WVC, UT 84119. Please join us to celebrate her life and to remember “Joy, with a wink and a smile.” ;)

The family of Joy Dodge created this Life Tributes page to make it easy to share your memories.