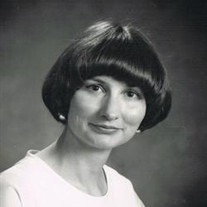 Joyce Christopherson Johnson passed away on October 6, 2015 at the age of 70. She was born to Leonard and Grace Christopherson on June 17, 1945 in Gooding, Idaho. Growing up on the family farm with her eight siblings, she matured in the twin values of love and devotion to family and hard work. Joyce graduated from Gooding High School, later earning her Associate of Arts degree from Ricks College and then a Bachelor of Arts degree in Speech and Drama with a Minor in Music from Brigham Young University. After several years of professional experience teaching in Arizona and working in San Francisco, all the while directing and coaching numerous high school plays, she returned to BYU and earned her Master’s in Speech Pathology in 1975. For the next thirty years, Joyce taught occupationally, mostly in elementary Special Education as a speech pathologist. Upon retirement, she pursued passions both new and old, traveling as widely as Europe and Israel, volunteering for the 2002 Winter Olympics, regularly attending symphonies, plays, operas, and ballets, and cementing her local legend as the cultivator of the most Edenic garden in the neighborhood. She loved music, particularly orchestral and choral works, theatre, nature and gardening, traveling, language, and most of all grandchildren. Her life was spent serving others as an active participant in local politics, in callings in the LDS Church that include but are not limited to Relief Society President, Primary President, Gospel Doctrine Teacher, Organist, and Temple Worker, and most particularly as the center of charity and gravity for her grateful sons and their families. Joyce is survived by her boys, Clint and Kent Johnson, and daughters-in-law, Amy and Holly, as well as her three beloved grandchildren, Casen (9), Blake (5), and Isabella (1). She is also survived by sisters Valoy, Sharon, Vera, Debra, and Tereasa as well as her brother Monte. Family and friends are invited to celebrate her life on Saturday, October 17, 2015 at the Taylorsville 26th Ward building (3495 West 4850 South, Taylorsville, Utah). A viewing will be held from 8:45 through 9:45 a.m. followed by a funeral service from 10:00 to 11:00 a.m.. Afterward at 11:30 a.m., a luncheon will be served. Graveside service will follow at 2:00 p.m. at Evergreen Cemetery (1997 South 400 East, Springville, Utah).

Joyce Christopherson Johnson passed away on October 6, 2015 at the age of 70. She was born to Leonard and Grace Christopherson on June 17, 1945 in Gooding, Idaho. Growing up on the family farm with her eight siblings, she matured in the twin... View Obituary & Service Information

The family of Joyce Christopherson Johnson created this Life Tributes page to make it easy to share your memories.

Joyce Christopherson Johnson passed away on October 6, 2015 at...