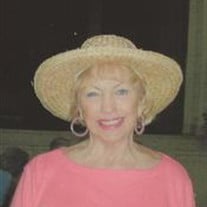 Joyce Tucker Murray, esteemed Clinical Psychologist, passed away peacefully on the evening of Friday September 14, 2012 at the age of 82. She was born on October 4, 1929 in Salt Lake City to Florence Kilbourne and Glen Edward Tucker. After she graduated from Granite High School she married Starley Bush with whom she had three children, Reb, Brad and Michelle. While raising the kids she worked a short time as a radio personality and talk show host and performed in the occasional television commercial. She also was known to act in plays and dance in productions by the Barry Lynn Dance Company at his big tent in Emigration Canyon. At age 37 she went back to school and pursued her PHD degree in Clinical Psychology at the University of Utah. She worked for Valley Mental Health and the Maternal and Infant Clinic for a number of years while maintaining a private therapy practice. She married Robert (Bob) Murray in 1974 in Sun Valley, Idaho and had many wonderful years enjoying life and traveling the world with him. Joyce enjoyed cooking gourmet meals and she and Bob often threw extravagant dinner parties for their friends and family. Some of her favorite things to do after hanging up her shingle was being involved with the Ladies Literary Club, volunteering as a Docent at the Utah Museum of Fine Art and. playing bridge. Bridge became a passion with her and she played her last hand just days before her death. She loved and doted on her three grandchildren even though they were many miles away. Preceding her in death was her husband Bob. Surviving are her three children and their spouses, Reb and Mary Beth Bush of Salt Lake City, Brad and Joan Bush of Bozeman, Montana and Michelle and Rick Otvos of Salt Lake City along with her grandchildren Starley , Allysen and Erin Bush of Bozeman, Montana. A celebration of her life will be announced at a later date.

Joyce Tucker Murray, esteemed Clinical Psychologist, passed away peacefully on the evening of Friday September 14, 2012 at the age of 82. She was born on October 4, 1929 in Salt Lake City to Florence Kilbourne and Glen Edward Tucker. After... View Obituary & Service Information

The family of Joyce Tucker Murray created this Life Tributes page to make it easy to share your memories.