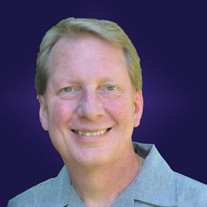 Karl Jerome Breiter passed away unexpectedly, but peacefully, in his home in Holladay, Utah on May 13, 2021. Karl was born June 11, 1962 in Lafayette, IN to Jerome J and Antoinette (Toni) Breiter (nee Bizyak). He lived in Wilmington, DE until 1970 when his family moved to Annandale, VA. Karl proudly attended Penn State University, where he achieved a Bachelor of Science degree in Aerospace Engineering in 1984. After graduation he moved to Sandy, UT to accept a position with Hercules Aerospace. Karl had a great fascination of and love for the sky and space. In addition to his long career in Aerospace Engineering, including working for many years at Thiokol / ATK on the space shuttle program, he was a passionate amateur astronomer and meteorologist. If you saw a natural phenomenon in the sky and wondered what it was, Karl could probably tell you. He took great joy in sharing his knowledge, especially with the younger generation through science fairs and summer camps. Karl also had a great love of sports. He played soccer starting at an early age up through his college years, and never lost his love of “the beautiful game.” He was also an avid golfer, and with wife Cathy enjoyed hiking, camping and skiing. He was a lifelong fan of Baltimore Orioles baseball and Washington DC football as well as Penn State football. Karl was also passionate about music. He was a mostly self-taught electric bass player, and overcame some serious stage-fright to play with a local cover band for several years. Karl loved music with an interesting or complex bass-line, especially progressive rock. While he definitely had strong opinions about music, he had a broad and almost encyclopedic knowledge of a wide variety of music from the ‘60s onward. While this outwardly calm and rational man had many hidden passions, his greatest love was for his family. He and wife Cathy met in Utah through mutual friends, and were married in 1989. Karl was always proud of and supportive of Cathy’s accomplishments. Together they raised two beautiful children. While he may not have always shown it openly, Karl loved his children with all his heart. Karl is survived by his wife Cathy (Catherine Cowart), children Danielle and Megan, mother Toni and sister Kirsten Johnson (Steve) as well as extended family and many friends. Karl was preceded in death by father Jerry and sister Karin. Final arrangements to be conducted by Premier Funeral Services (Salt Lake City, UT) with a memorial service to be held at a later date. In memory of Karl, please consider a contribution to enhancing STEM education or musical opportunities for children.

Karl Jerome Breiter passed away unexpectedly, but peacefully, in his home in Holladay, Utah on May 13, 2021. Karl was born June 11, 1962 in Lafayette, IN to Jerome J and Antoinette (Toni) Breiter (nee Bizyak). He lived in Wilmington, DE until... View Obituary & Service Information

The family of Karl Jerome Breiter created this Life Tributes page to make it easy to share your memories.