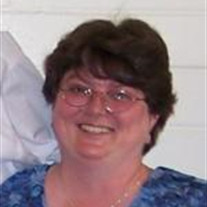 Our dear sweet Wife, Mother, Daughter and Sister, Karla Acor Long, age 45, resided in Orem, Utah where she passed away December 22, 2010 at the Timpanogas hospital from complications of health issues that Karla had been battling with for several years. Karla was born August 8, 1965 in Idaho Falls, Idaho to Larry Ellsworth Acor and DeAnn Larson Acor and was the second of seven children. She attended all her years of school in Idaho Falls and graduated from Bonneville High School. She then attended Ricks College and graduated with an Associate Degree in Education. One of Karla’s first jobs was working for Dr. Wayne Murdock of Idaho Falls as a dental assistant. At age 21, Karla moved to Provo, Utah to work for Rocky Mountain Helicopters. While in Provo she met her future husband, Gregory Long. Several months later they were married in the Idaho Falls Temple August 12, 1989. They were married 21 years and throughout their marriage had five children; one son and four daughters. Throughout her life, Karla worked outside the home as she raised her children. She was a dedicated mother who loved her children very much. Karla was devoted to the many callings she held in the church. She was known and loved for her selfless, charitable acts of kindness and loved serving the members of her ward for the 16 years she lived in the Sharon Park Stake. Karla loved to cook and bake for her family as well as crocheting and doing floral arrangements. She also enjoyed spending time with her family in the outdoors, hiking and camping. Karla is survived by her husband Gregory Irving Long from Orem, Utah, her five children also from Orem, Utah; Justin Gregory Long, Ashley DeAnn Long, Megan Ann Long, Katelyn Marie Long, and Melissa Kay Long. She is also survived by her parents of Idaho Falls, Idaho, and her six siblings; Julie Acor Clegg (Jonathan) from Midway, Utah, Brett Acor (Renae) from Idaho Falls, Idaho, Cameron Acor (Angie) from Bethlehem, Pennsylvania, Colleen Acor Simmons (Paul) from Idaho Falls, Idaho, Barry Acor (Jodie) from Janesville, Wisconsin, and Stacy Acor from Layton, Utah. Funeral services will be held Tuesday, Dec. 28, 2010 at 11:00 a.m. at the Sharon Park Fifth Ward 150 E. 600 N. in Orem, with Bishop Allen L. Wyatt officiating. The viewing will be at the church one hour prior to the services. Interment will be at the Orem City Cemetery. Contributions can be given to help with Karla’s Funeral Services at any Zion’s Bank under the Greg Long Fund or can be sent thru PayPal ([email protected]).

Our dear sweet Wife, Mother, Daughter and Sister, Karla Acor Long, age 45, resided in Orem, Utah where she passed away December 22, 2010 at the Timpanogas hospital from complications of health issues that Karla had been battling with for several... View Obituary & Service Information

The family of Karla Acor Long created this Life Tributes page to make it easy to share your memories.