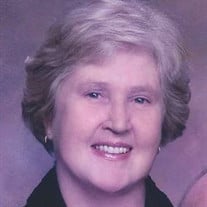 Our sweet wife, mother, grandmother, sister, and friend Katherine (Katie) Bernice Ostermiller, age 78, passed away peacefully on Friday, September 15, 2017 after a life of service, music, and family. Katie was born to Roy D. and Norene Cahoon on August 2, 1939 in Watrous, Saskatchewan, Canada. She graduated from the Winnipeg General Hospital School of Nursing in August of 1960 and worked as a RN in many capacities for over 40 years serving and caring for others. Katie has been a faithful member of the Church of Jesus Christ of Latter Day Saints her entire life. Katie's testimony of her Savior and his gospel has always been one of her most prized possessions. She served as a missionary in the Franco-Belgium Mission from 1963 to 1965 and later in the Berlin Germany Mission with her husband, Dirk. Her life has been one of compassionate service to others. Katie faithfully and lovingly served in many callings in the church throughout her life. Music has always been a big part of her life and fittingly her final calling was as the choir director in the Corner Canyon 9th Ward. Katie's family was her world. She married Marvin Reed Harmon in 1966. Together they had four boys. Later divorced. On January 10, 1978, she married Dirk H. Ostermiller. Her family immediately grew by three sons and one daughter. Together, they experienced and enjoyed many incredible adventures too numerous to mention. Despite many challenges and trials throughout her life, Katie has always felt she has lived a very blessed life with her family being her greatest joy. Katie is preceded in death by her mother, father, and her son David. She is survived by her husband Dirk; sons Roy, Jeff (Michelle), James (Kjerstina), Pete (Cheryl), Mike (Kristy), Aaron (Tina), Scott (Kendi), daughter Kari Lyn and 22 grandchildren (she LOVED her grandchildren), and her two brothers Paul (Jennifer) and Robert. The family would like to express heartfelt appreciation for all the love and care shown to Katie and Dirk by so many friends, neighbors, and extended family. Funeral services will be held on Tuesday, September 19, 2017 at 11:00am at the Corner Canyon Ward 9th Ward Chapel located at 13006 S Boulter St., Draper, Utah. A viewing will be held the night before from 6-8pm and from 9:30am - 10:30am before the service at the same building. Interment will be at the Sandy City Cemetery (90th South and 700 East in Sandy Utah). Katie loved Missionary Work. In lieu of flowers, please consider donating to the General Missionary Fund or local Ward Missionary Fund for the Church of Jesus Christ of Latter Day Saints.

The family of Katherine "Katie" Bernice Ostermiller created this Life Tributes page to make it easy to share your memories.