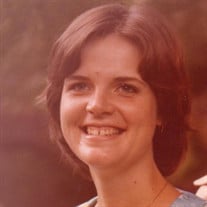 Kathryn Coburn Austin passed away peacefully at home on January 22, 2021, surrounded by her loving husband and three of her daughters. Kathy was very independent even up to the end and bravely fought advanced metastatic ovarian cancer for nearly two years before finally succumbing to the disease. She is survived by her husband of 43 years, Russell; children: Darcie, Nikki (Claes), Michael (Deena), Daniel (Brienne), Michelle (David), Kevin (Brooke), and Tiffany; twelve grand children; and her siblings: Sheryl (Charles), Susan (Michael), Terri, Daniel (Michelle), Jami (Pete), and Darrell. She was preceded in death by her parents and her younger brother, Stephen. Kathy was born May 19, 1952, to Don and Dorene Coburn in Logan, Utah. Her family moved several times before settling in San Diego, California. She graduated from Clairemont High School in San Diego and then earned her Registered Nursing degree from Brigham Young University. She was also a certified EMT and medical coding analyst. She married the love of her life, Russell Lavell Austin, in the Los Angeles California Temple, on October 21, 1977. They raised their family in San Diego, California; Garland, Utah; Fort Worth, Texas; and finally settled in Fruit Heights, Utah in 1993, where they lived until her death. During her life, she worked as a nurse in nursing homes and hospitals, “paper nurse” at Hill Air Force Base, and spent the final decade of her career as a medical coding analyst for Verisk Health. However, Kathy’s greatest joy was found through her family. She took decades off from her career to raise her seven children and found great joy and fulfillment during that time. Due to her strong medical background, she was the resident medical advisor, and had a knack for always knowing when something was serious and what kind of medical help was needed. Even up to the end, her children would call her with medical questions, and she helped her children through many medical emergencies or helped calm them when the situation wasn’t as serious as they feared. Later in life, Kathy loved spending time with and talking to her adult children. Even after her children moved away around the world, she was a great support in their lives and visited to help after the birth of each of her grandchildren. She will be remembered by her grandchildren for the time they spent together sitting in her lap and being rocked, being sung to, getting back rubs, playing board games together, and going on annual birthday shopping trips. Kathy was a devout member of the Church of Jesus Christ of Latter-day Saints and found joy serving in the church and in the temple. She served in many capacities in Primary, Young Women’s, and Relief Society, but her favorite calling was as a Relief Society teacher. Kathy was a dynamic teacher and her lessons were beloved by the women in her ward. She was known for her ability to bring the Spirit through her teaching and for her strong knowledge of the gospel and love for the Savior, which guided how she chose to live her life. Kathy had a genuine interest in people and loved getting to know their story. Even during the last months of her life, she developed deep and loving relationships with her hospice workers, spending most of their visits getting to know more about them. She could also be found during those last months writing cards to various friends and ward members. She will always be known for her exquisite handwriting, her attention to detail, her exceptional organizational (and reorganizational) skills, and this love of people. Throughout her life, Kathy had a strong faith and trust in her Savior, Jesus Christ, and her Heavenly Father. This faith, along with the support of her family, sustained her through the challenges and celebrations that she encountered during her life. She will be deeply missed by all who knew her. Condolences can be sent to the family at www.premierfuneral.com. In lieu of flowers, please consider donating to ovarian cancer research at https://give.ocrahope.org/KathrynCoburnAustin

Kathryn Coburn Austin passed away peacefully at home on January 22, 2021, surrounded by her loving husband and three of her daughters. Kathy was very independent even up to the end and bravely fought advanced metastatic ovarian cancer for nearly... View Obituary & Service Information

The family of Kathryn Coburn Austin created this Life Tributes page to make it easy to share your memories.

Kathryn Coburn Austin passed away peacefully at home on January...