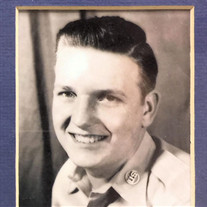 Kenneth Lawrence Rodahl, (79), of Sandy, Utah, passed away on June 18, 2017 at the VA Medical Center in Salt Lake City, Utah. Kenneth was born in Garrison, North Dakota to Oscar and Olga Rodahl on November 21, 1937. He grew up on a farm and loved horses and all things cowboy. He proudly served in the United States Air Force from 1956 until 1976 when he retired after 20 years of service. He served a year in Vietnam and was awarded the Bronze Star. While stationed in Japan, he met and married Donna Hideko Fukuzawa on February 8, 1958 in Tokyo, Japan. After retiring from the Air Force he put himself through college and started a second career at the Utah State Tax Commission where he retired as an Assistant Director. Kenneth is preceded in death by his parents Oscar Rodahl and Olga (Teenquist), older brother Wayne and younger sister Loretta. Kenneth is survived by his wife of 59 years, Donna Hideko Rodahl, sister Wanda Torno, daughter Susan Dudley, son Bryan (Irene) Rodahl; grandchildren Candice (Bryan) Hadzik, Kenneth (Elizabeth Firmage) Dudley, Joanna Rodahl, Brandon Rodahl; great-grandchildren Dexter Hadzik 7, Zoey Hadzik 5, James Hadzik 2 and Rozaline Firmage 7 weeks, and his spoiled dog Mindy. Kenneth and Donna became Foster Parents to three boys from Vietnam; Thai, Phoung and Quan and have always treated them as part of their family. Kenneth was greatly loved by all those who knew him especially his family. He was kind, considerate, compassionate, loving, funny and a joy to be around. He would help anyone and treated everyone with respect. He was passionate about sports, especially University of Utah football and basketball. He will be dearly missed and will always be in our hearts. He was a lifetime member of the VFW (Veterans of Foreign Wars) and has always strongly supported the military, and was proud that his son also served a 22 year career in the Air Force. The family of Kenneth Rodahl wishes to extend our sincere thanks to the Veterans Affairs Medical Center, Salt Lake City, Utah for their diligent and caring support during his final days. A Graveside service will be held at 11:00 am on Thursday, June 22, 2017 at the Utah Veterans Memorial Cemetery, 17111 South Camp Williams Road (1700 West), Bluffdale, Utah 84065.

Kenneth Lawrence Rodahl, (79), of Sandy, Utah, passed away on June 18, 2017 at the VA Medical Center in Salt Lake City, Utah. Kenneth was born in Garrison, North Dakota to Oscar and Olga Rodahl on November 21, 1937. He grew up on a farm and... View Obituary & Service Information

The family of Kenneth Lawrence Rodahl created this Life Tributes page to make it easy to share your memories.