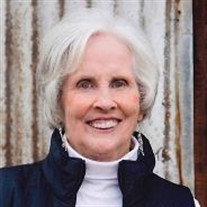 Our beloved mother, grandmother, sister and friend Lois Marnee Stoor Wheelock, 75, passed away from Alzheimer’s Disease August 18, 2017. She was born on a cold winter night December 16, 1941 in Soda Springs, Idaho to Marvin and Cleone Stoor. She grew up in the small town of Wayan, Idaho and was the oldest of her 5 sisters and 1 brother. Her family moved to California when she was a teenager. She graduated from beauty college, and was a popular hairdresser. She married Lee Wheelock in the Los Angeles Temple in 1964. They loved each other more than life. They moved to Provo, Utah where Holly was born, and Pennsylvania where Kevan was born. She was 100% active in the LDS church and served in almost every calling. (She can’t play the piano) She was an icon in the Jordan River Temple where she worked faithfully for 20 years, including as the secretary for 6 presidents. She loved to garden, write, paint, sing, serve others, and cook for the masses! Marnee was a leader in her family and her community. She was well known for her homemade cinnamon rolls and love of gatherings in her forest! She leaves behind a legacy of work, love of family, and her independent spirit. She was preceded in death, 22 years ago, by her loving husband Lee. What a joyous reunion they are having! Survived by children Holly (Todd) Sorenson, Kevan (Judy) Wheelock, 9 grandkids, 3 great grandkids, siblings Donna (Al) Holland, Loretta (Fred) Smith, Elsie (Steve) Gatzemeier, Debbie (Dan) Rozak, Marvin (Nancy) Stoor, Cindy (Gary) Kummer. Viewing will be held Friday August 25th from 7-9 pm and Saturday August 26th from 9-10:45 am with funeral services following at 11:00 am. All services at the LDS Church on 2450 W. 10400 South, South Jordan, Utah.

The family of L. Marnee Wheelock created this Life Tributes page to make it easy to share your memories.