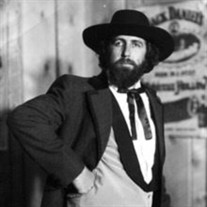 Larry Wayne Jeffrey, age 76, beloved husband of Chris Jeffrey, father, grandfather and great-grandfather, passed from this life peacefully on Friday, October 30, 2020 after battling a lengthy illness. “Wayne” was born in Mustang, Oklahoma on December 13, 1943 to Loice Alexander Jeffrey and Juanitta Proctor. He was raised in Fruita, Colorado by his foster family the Slaughs. While with the Slaughs he gained a love for the mountains and spent as much time as possible there and passed his love of the mountains to his children. They all recall how safe they felt in the mountains with their dad. He went to Fort Lewis College in Durango, Colorado before transferring to Colorado State University, in Ft. Collins. As a student there he met and married Beverly Joanne Hamilton. Together they had 7 kids and he adopted her 3 children. They later divorced and he married Kathy Wiley. They were married for 21 years and lived in Wellington, Colorado, but later divorced. Wayne moved to Utah and married Chris McKee on December 5, 2012. Wayne was a self-made man and entrepreneur and there was nothing he couldn’t do or build. He started and ran several businesses in Ft. Collins along with working for the US Forest Service and later the USDA. Wayne was a member of the Church of Jesus Christ of Latter Day Saints. He loved the Lord and the scriptures and knew them inside and out. He was a man of incredible faith. He was involved in the Boy Scout program and loved doing high adventure camps with the boys. He and Chris served a mission at the Brighton Girls Camp as camp counselors for several years, fulfilling his lifelong goal of serving a mission. Wayne is survived by his loving wife Chris. Children, Devon Chandler, Drew Jeffrey, Sherida Jeffrey, Aneliese Jeffrey, Aaron (Amparo) Jeffrey, Brandon (Christina) Jeffrey, Charleton (Melinda) Jeffrey, Stacy (Jim) Jasper, Kerry (Natalie) Jeffrey. Step-children, Wendy (Scott) McDonald, Melissa (David) Hemond, Ben (Liz) Roberts, Sarah (Ryan) Croker. Brothers. Gerald Jeffrey and David Haring and Sister Wanda Cumba, his 39 grandkids and his 21 great-grandkids. There will be a celebration of life at The Church of Jesus Christ of Latter Day Saints, 267 W Weatherby Dr., Saratoga Springs, UT on November 7, 1:00 pm. There will also be a memorial service on November 14, 2020 at 10:00 am at The Church of Jesus Christ Of Latter-Day Saints in Fort Collins, Colorado by invitation only. There will be a link provided for those that would like to participate via Zoom. Please contact Devon Chandler at [email protected] for the link.

The family of Larry Wayne Jeffrey created this Life Tributes page to make it easy to share your memories.