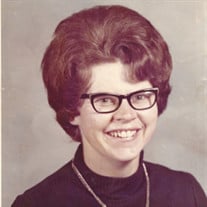 Laurie was the fifth of Six children born to Herman and Mary Pate Shinsel: Bill and Ted (both deceased), Pink (alive and living in Axtell, Utah); Bob, Laurie and Jimmy (are also deceased). Married Allan Higgs (of Layton, Utah) March 18, 1964 in Salt Lake City and was later sealed together forever in the London Temple September 3, 1966. Laurie and Allan have 11 children: Douglas (Doug), Brent, Karla, Sandra (Sandi), David (Dave), Layne, DeAnn, James (Jim), Wendy (Deceased), Dennis (Ski) and Michael (Mike). A stay-at-home mom was her heart's desire (which she accomplished). Her desire was to be there for their first cry, their first crawl, their first steps, their first hurt (made better with a hug and a kiss), their first day at school, their graduations and all their trials of life that they would pass through. She always wanted to be there for them; to comfort them when needed and be there when they needed her. She never graduated from college, but her experiences throughout her life made up for any certificate. Her certificate reads “Mother”. As a grandmother she loves all 43 grandchildren (plus those that came in through marriage) and as a great-great grandmother she had her arms out stretched for them also. When she married her desire was go on a honeymoon, but instead she got to live in California for 1 ½ years and live in England for 2 ½ years with her military husband. The first child was born in California, the second child was born in England and the other children born back home in Salt Lake City. She never considered those experiences as a “real honeymoon”. What is in store for her now is going to be another great adventure. Her children adore her and believe she is the greatest example of unconditional love. We miss her now, and always will. She will never be forgotten. Untill me meet again, Adieu. A viewing will be held from 5-7:00 pm on Sunday, January 9, 2022 at Premier Funeral Services, 5335 South 1950 West ~ Roy, Utah. Funeral services will be held at 11:00 am on Monday, January 10, 2022 with a viewing to begin at 9:30 at the Fox Creek Chapel, 202 West 1675 North ~ Layton, Utah. Interment to follow Utah Veterans Memorial Park, 17111 South Camp Williams Road (Redwood Road) ~ Bluffdale, Utah.

The family of Laurie Mae Higgs created this Life Tributes page to make it easy to share your memories.

Laurie was the fifth of Six children born to Herman and Mary...