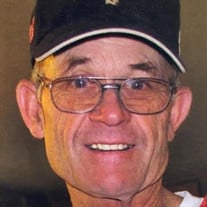 Leslie Eugene Corbett, born on August 28, 1942, son of Lucien and Lucille Corbett, passed away on December 21, 2021 as a result of a second stroke. When he was released from the hospital on hospice care, he was tenderly cared for by his daughter, Laurie, until his passing a few days later. Less served in the United States Army and after his honorable discharge, he met and married Renee Corbeil. From that union, their daughter Laurie was born, and they adopted a son, James, several years later. They divorced, and Les later married Susan Johnson, and he adopted her two children, Sara and David. Les felt honored to serve his country in the service and was stationed in Germany, where he was awarded the National Defense Service Medal and Rifle Sharpshooter medal. He talked often about his time in the Army and always wanted to return to Germany in later years to visit and reminisce about his time there. Unfortunately, that wish never came to fruition. Les grew up in a farming family, and learned to work hard on the farm, and that work ethic continued throughout his lie. As a skilled Master Electrician, he was in great demand and worked in both the commercial industry and building industry. He had a strong sense of community, and for over 30 years Les donated his time and electrical prowess at Swiss Days, ensuring tha the electrical system there ran smoothly and well. He was proud of the fact that he could invent ways to do things that seemed impossible. He loved to chat and made friends wherever he went. Les is predeceased by his father and mother, his son James, and his brother Lawrence. He is survived by his wife Susan, daughter Laurie Turley, daughter Sara Johnson, son David Corbett, his sister Louise, and five grandchildren. The family would like to thank the hospice care workers and Premier Funeral Services for their help and assistance during this difficult time. A celebration of his life will be held in the New Year.

Leslie Eugene Corbett, born on August 28, 1942, son of Lucien and Lucille Corbett, passed away on December 21, 2021 as a result of a second stroke. When he was released from the hospital on hospice care, he was tenderly cared for by his daughter,... View Obituary & Service Information

The family of Leslie Eugene Corbett created this Life Tributes page to make it easy to share your memories.