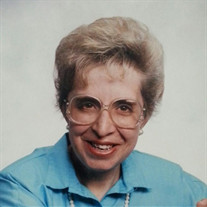 Lila Ellen Petersen, age 64, returned to the loving arms of her Heavenly Father on April 7, 2017. She was born February 28, 1953 in Salt Lake City, Utah, daughter of Stanley Ernest and Lila Folker Petersen. Ellen was born with heart problems which led to the need for two open heart surgeries at a young age. Many other challenges with her health were experienced and endured throughout the years of her life. Ellen was a member of the Church of Jesus Christ of Latter-day Saints. She grew up in Kearns, Utah and later graduated from Kearns High School in 1972. She was a reliable and dependable employee of Condie’s Foods for many years. As a child, she became a devoted fan of Elvis Presley and that love continued throughout her life. She was married to Ricky Gallegos. Together, Rick and Ellen went on adventures she would not have experienced otherwise. They travelled, camped and liked to eat out. Rick and Ellen were later divorced but remained friends. Ellen loved and had very special relationships with her many aunts, uncles and cousins and they had a special love for her. It has been said that cousins are those childhood playmates who grow up to be forever friends. This statement was certainly true for Ellen. She appreciated those who befriended her, lent a listening ear, or helped her with errands and appointments. She was especially thankful for the friendship of Sandy and Corey Cummings and the assistance of her brother-in-law, Dave. Ellen adopted and rescued her beloved companion dog, Spot; he then rescued her from loneliness and gave her much joy. Ellen will be missed but we know she is reunited with many loved ones, including Mom, Dad, and her sisters Karen Ann and Debra Colleen Petersen. She is survived by her sister, Donna Clark (David) and brother, Roy Petersen. She was aunt to Benjamin (Angie, Ethan, Addison), Maren and Michaela Clark. A graveside service will be held at 2:00 p.m., Friday, April 14, 2017 at Redwood Memorial Estates, 6500 South Redwood Road, West Jordan, Utah. We would very much appreciate the sharing of special memories and thoughts of Ellen at the graveside service. Condolences and memories may also be shared at www.premierfuneral.com.

The family of Lila "Ellen" Petersen created this Life Tributes page to make it easy to share your memories.

Lila Ellen Petersen, age 64, returned to the loving arms of her...