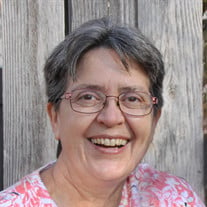 Lorna Fish Park passed away Tuesday the 18th at age 62 after a 15 month battle with lung cancer. Lorna was born August 24th, 1957 in Brigham City Utah where she spent her childhood, teenage, and high school years. She met Steve at an institute social at Southern Utah State College in the fall of 1976. By February of 1977, their love had grown into an engagement. They were married on Friday, June 3rd, 1977 in the Salt Lake City Temple. Motherhood was the defining role that Lorna played for those who are still here to remember her. In 1978, Stephanie became the first child to call her mother. Two years later, on Valentine’s day, Daniel became number two. He was followed by Alan in 1984, Rachel in 1986, and finally Christen in 1998. Early family life was spent in Ellensburg, Washington, Austin,Texas, Santa Rosa, California and eventually back to family in Toquerville, Utah -- where she and Steve set to work building their first home. Building houses together became something of a hobby for the two of them, and when they moved to northern Utah, house number two was built in Ogden. Their final couple’s construction project led them to Kaysville. Throughout her life, Lorna found ways to feed her creativity and serve those she loved: birthday parties, Christmas, and even Valentine’s cards became the stuff of legend. Without ever relinquishing the title of mother, she found work in a variety of careers: tomato canner, seamstress, synchronized swimming instructor, filing clerk, house cleaner, caregiver, food forager, suitcase manufacturer, home-school teacher, cook, computer parts technician (we called her the “thump and bump” machine operator), night watchguard, and lunch-lady. Her faith has always been an integral part of her life -- sustaining her through hard times and the good. She leaves behind a legacy of spiritual strength and inspiration: “Life is about putting your faith in the Lord and pressing forward.” She is survived by many who love her. Her children -- Stephanie (and Jordan), Daniel (and Caroline), Alan (and Katie), Rachel (and Nathan), Christen (and Josh); 10 grandchildren -- Jayson, Evan, Isaac, Owen, Judson, Elizabeth, Zac, Evilyn, Ian, and Lucas. Her sweet sisters -- Carolyn, Jessie, and Yvonne. And of course, her loving husband, Steve. Funeral service will be held this Saturday, February 22nd at noon at the Deseret Ward Church: 925 Deseret Drive, Kaysville, Utah 84037. Family will greet friends prior to the funeral, from 10 to 11:30 am. In leu of flowers, please donate to your favorite charity. Inurnment will be held at a later time.

Lorna Fish Park passed away Tuesday the 18th at age 62 after a 15 month battle with lung cancer. Lorna was born August 24th, 1957 in Brigham City Utah where she spent her childhood, teenage, and high school years. She met Steve at an institute... View Obituary & Service Information

The family of Lorna Fish Park created this Life Tributes page to make it easy to share your memories.

Lorna Fish Park passed away Tuesday the 18th at age 62 after...