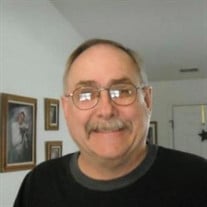 Our loving husband, father, son, brother, uncle, and friend, Louis Charles “Buzz” Wendzel, 70, passed away Thursday, February 10, 2022, peacefully in his home after an extended illness. He was born May 8, 1951, in Cheyenne, Wyoming the third of three children to Louis A. Wendzel and Ethel M. (Frank) Wendzel. He graduated in Cheyenne from East High School in 1969. He married the love of his life, Deborah Ann Link on August 8, 1970, and together they have enjoyed over 50 years of marriage. He served his country in the United States Air Force which allowed him to meet many life-long friends across the country. He received a Bachelor’s degree from Weber State University in Business Integrated Studies. Buzz’s career path led him to Unisys Corporation where he worked for many years. He ended his career while working with BAE Systems in 2018. He took great pride in his work and loved to research, study, and gain all of the knowledge he could on any given subject. His intense study habits and clever mind were thankfully instilled in his daughter who would not have made it through college and grad school without them. Buzz had two daughters, Michelle, (Tony), Stephens of Riverdale, UT, and Adrianne Ware also of Riverdale, UT. Buzz was a sweet husband, amazing father, and was always there for his girls and his family. He loved family and was very proud of all of their accomplishments and was always their biggest fan. Buzz was preceded in death by his Mother, Father, and grandparents. He is survived by his wife Deb, daughters Michelle and Adrianne, grandchildren, Nicole, Ty, Charley, and Lucas, his sisters T. McKinsey Morgan and Dianna Mellor, several nieces, nephews, extended family, and friends. The family would like to thank Encompass Hospice for their loving care of Buzz during the last months of his life. A celebration of life will take place at a later date.

The family of Louis C Wendzel created this Life Tributes page to make it easy to share your memories.