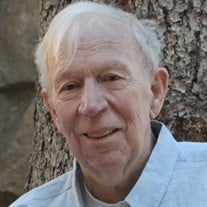 Lynn Taylor Cox was born to Charles and Elner Taylor Cox in Shelley, Idaho on August 5, 1945. He always joked that the reason the Japanese surrendered in World War II was because they knew what was coming once he was born. He was the fifth of Chuck and Elner’s eight sons, and he learned early to work hard hauling hay with his father and brothers. He wrestled for Snake River High School, but graduated from Blackfoot High after his family moved into town. When he left home for Brigham Young University, he said that the first time he arrived in Provo, it felt like coming home; that feeling never changed. After serving for two years in the Gulf States Mission of the Church of Jesus Christ of Latter-day Saints, he returned to Provo and completed a bachelor’s degree in genealogy. He then traveled for work for several years, but returned to Provo again in 1975, and there met Beverly Ann Bascom “Ann,” a math major from California. They married in November of that year, and eventually had six children and thirteen grandchildren. He worked in many places and professions, including photographing genealogical records onto microfilm for the Church of Jesus Christ of Latter-day Saints in Rhode Island and Texas; he later wrote the genealogical reference guide Rhode Island Register. He also ran a flower shop called Plants West Floral with his wife Ann in Blackfoot Idaho, completed a master’s degree in Horticulture from Auburn University, and started a landscaping business (Cox Horticulture) in Provo, Utah. One of his favorite jobs, though, was being a summer counselor at Bear Lake Scout Camp (now called Bear Lake Aquatics Base) with his brother Taylor. Lynn loved to think, to reason, and to learn. He loved finding things to admire in others, and was tremendously proud of his wife and children. Lynn loved photography and landscape architecture. He loved the gospel. He also loved reading aloud to his children, and left a powerful legacy of loving literature and learning. Like generations of Cox men before him, Lynn loved little children and was always drawn to them. They in turn were drawn to him, and loved him dearly. He survived many brushes with death, including being stepped on by a cow as a child, having a bookcase full of heavy genealogical books fall on him, and getting hit in small car by a semi truck on I-15 (which he walked away from without a scratch). In the last 14 years of his life he suffered many physical challenges including quadruple bypass heart surgery, two cancers, a brain bleed stroke (resulting in a “golf ball sized hole in my brain,” as he called it), progressive dementia, amyliodosis of the heart and liver, a life-threatening incarcerated inguinal hernia, congestive heart failure, and epilepsy. It’s hard to believe he’s gone; he will be greatly missed. Lynn passed away from cancer on Saturday, February 16, 2019 at his daughter's home in Riverton, Utah. He was preceded in death by his parents and only sister, Doris, as well as his brothers Charlie, Lloyd, and Randy. He is survived by his wife Ann of Columbia, Maryland and children Nancy (Alma) Wilson of Provo, Utah; Sarah Ann Cox of Columbia, Maryland; Karla (Greg) Hendricks of Riverton, Utah; Alexis (Wes) Potter of Provo, Utah; Day Harper of Silver Spring, Maryland; and Ben Cox of Provo, Utah, as well as his and Ann’s grandchildren. He is also survived by his brothers Gayle (Luane) Cox of Blackfoot, Idaho; Leigh (Joyce) Cox of Lakeside, Arizona; Kevin (Cynthia) Cox of Fountain Green, Utah; Taylor (DeAnn) Cox of Boise, Idaho, and sisters-in-law Melba (Charlie) Cox of Niceville, Florida; Peggy (Lloyd) Cox of Murray, Utah; Pam (Randy) Cox of Blackfoot, Idaho; and a multitude of nieces and nephews. Funeral services will be at 11:30 am on Saturday, February 23 at the Provo 10th Ward Building, 1625 South Slate Canyon Drive in Provo, with a viewing at 10 am that morning. Burial will be at the Provo Cemetery. In lieu of flowers, donations may be made to the Community Nursing Services Senior Wish Program, https://www.cns-cares.org/senior-wish-program/ 2830 South Redwood Road, Suite A, West Valley City, UT 84119.

Lynn Taylor Cox was born to Charles and Elner Taylor Cox in Shelley, Idaho on August 5, 1945. He always joked that the reason the Japanese surrendered in World War II was because they knew what was coming once he was born. He was the fifth... View Obituary & Service Information

The family of Lynn Taylor Cox created this Life Tributes page to make it easy to share your memories.

Lynn Taylor Cox was born to Charles and Elner Taylor Cox in Shelley,...