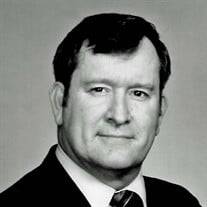 Lynn Carlston Richardson Born: 21 February 1936 Salt Lake City, UT Died: 22 March 2020 Provo, UT Lynn was born in Salt Lake City, Utah on February 21, 1936 to his parents Ezra David Richardson and Fern Carlston. He had an older brother Grant Ezra and a sister Dorothy Dee Richardson. His Father, Ezra, died when he was only four months old. His mother, Fern, remarried in 1945 to Gilbert Gibby. They had one son, Tom Gibby. Lynn was a member of The Church of Jesus Christ of Latter-Day Saints. He loved his Heavenly Father and the Savior. His ancestors provided a personal insight and connection to the early days of the church. According to family members some of the ancestors were involved in moving the body of the Prophet Joseph Smith when he was martyred. Lynn’s family moved to Moses Lake, WA where they were one of the founding families of the church becoming established there. Lynn was so excited to hear of the new Temple being built there and wished he would be able to go to its dedication when it was finished. He loved talking to and serving others. He served two missions with his wife Marlene. The first was a leadership and activation mission in Chicago Illinois and their second mission was teaching Institute in Muncie Indiana at Ball State University. He had the blessing of being a Temple worker for 20 years and loved being able to go there weekly. He served in many different callings throughout his life. Each of those callings strengthened his testimony, gave him insights, and contributed to who he was. Music was an important part of his life that began when he was very young. His mother played the piano and organ. He learned to play the violin and later in his life he played the viola in the New Horizons orchestra of BYU. He loved playing his “gigs” for the elderly. At times he sang in choirs at church. He once sang in a barbershop quartet. Music brought him joy. It allowed him to express his testimony and feelings that he couldn’t put into words. Lynn was able to create lasting memories and share his love of playing his viola with his grandchildren, Caitlin and Jaden, both of whom also are learning to play the viola. His daughter, Lynae, recounts of a couple of different occasions of her dad coming to visit her family in their Oregon home. He brought his viola and music to play for them. He even convinced his daughter to get her flute out and play along with him. Music brought him peace. Lynn served four years in the Air Force which took him to Okinawa and Japan after the war. He watched the children singing as they went to school and said he realized that the people we called our enemy were wonderful. It was their leaders that led to the destruction. He had a Cessna 172 for a short period of his life. He took Lynae flying often. Most of their flights were local in Washington, practicing”touch and go”, where he would take off, circle around, land, and immediately take off again. He also practiced “stalls” which was always a little heart stopping for Lynae because this is when he turned the plane off and then restarted the engine. Lynn and Lynae did go on at least one small cross country trip together. Lynn flew the plane out of an airport in Tacoma, Washington and liked to ‘buzz’ the ships docked at the Bremerton Shipyards and pretend he was an aircraft gunner. Marlene’s mother loved geology and was especially interested in the eruption of Mt. St. Helens. Lynn took her up to fly over the crater. Though she loved the view, after Lynn landed she got out of the plane, knelt down and kissed the ground. After selling the plane and moving to Utah Lynn got into building and flying remote controlled airplanes. He was a better builder than a pilot as his flights lasted only seconds. Throughout his life Lynn did many different things. He briefly was a city councilman in Idaho and served on the Bonneville Council of Governments. He got a BS at BYU and a Masters at the University of Washington. He worked for Boeing as an engineer and at one point received a letter of glowing commendation for moving the lab that was the command post for our military forces from Seattle to Tinker Air Force base in Okalahoma. The lab wasn’t built to be moved but the customer thought it would make life easier if it was closer to them. They didn’t think it was possible to move the lab but Lynn moved it under time and under budget. He loved puzzles. He rode a motorcycle or two. He loved the outdoors and enjoyed hiking. His most favorite hike was to Lake Marlene, a lake that his father-in-law named for his daughter, Lynn’s wife. He was a problem solver. He tackled any job that needed to get done. He wasn’t afraid to try. A year before his death, when it looked like the sewer line at his step daughter’s house needed repair and the quote was $13,000, Lynn grabbed a shovel and said he could do it for less than a thousand…and he did. Lynn will be dearly missed by all of those that knew and loved him. We are grateful for the knowledge that families are forever and of Heavenly Father’s Plan that we have learned from the gospel taught in The Church of Jesus Christ of Latter-Day Saints.

The family of Lynn Carlston Richardson created this Life Tributes page to make it easy to share your memories.