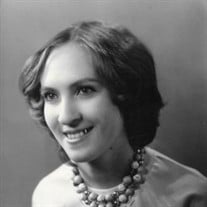 Lyudmila V. Matyush, age 68, resident of Kaysville, Utah, died Monday the 2nd of March, 2020 at her home. Lyudmila was born December 8, 1951 in Soviet Union, Stalingrad to Vasily D. Podshipkov and Elena V. Sergeenko/Kuzmina, and was the second out of the three girls in the family. She was married in 1971 to Yevgeny F. Matyush. She graduated from high school #25 in Stalingrad in 1969, then from the Polytechnical Institute/University in 1974 with a degree in chemical engineering and worked at the Kirov’s Chemical Factory in Volgograd. She also had a small private business in the 90s. Lyudmila joined the Church of Jesus Christ of Latter-day Saints in Russia in 2008. She loved gardening, classical music and historical novels. Lyudmila is survived by her two children: Alexey Y. Matyush (1975; resident of Russia, Volgograd), Elena Y. Driggs (1985) and her husband Michael K. Driggs (residents of Kaysville, Utah); her grandchildren: Dmitry A. Matyush (1997, resident of Russia, Volgograd), Maria (2005), Evan (2013) and Justin (2016) Driggs (residents of Kaysville, Utah); her sisters: Nina V. Nikolaeva (1949) and Larisa V. Podshipkova (1958; residents of Russia, Volgograd). Graveside services will be held Friday, March 6, 2020, 1:00 pm at the Kaysville City Cemetery, 500 Crestwood Drive, Kaysville.

The family of Lyudmila V. Matyush created this Life Tributes page to make it easy to share your memories.