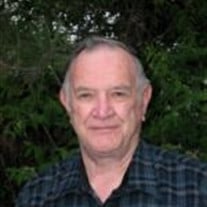 Gene Murdell Richards, age 77, passed away December 29, 2010 from natural causes in Salt Lake City, Utah. He was born Easter Sunday, April 16, 1933 in Idaho Falls, Idaho to John Alton Richards and LaVetta B. Clifford. He graduated from Blackfoot High School excelling in many sports along the way. He served an LDS mission for 2 ½ years in Brazil. On September 17, 1957 he was sealed to Ann Hughes in the Salt Lake Temple. He attended Brigham Young University on a football scholarship and graduated from Northwestern University Dental School in 1961. He joined the Air Force as a 2nd Lieutenant where he ultimately earned the rank of Captain. He practiced dentistry in Holladay, Utah from 1963–1997. Gene loved being with family, coaching his children’s sports teams and watching his children and grandchildren excel in their various endeavors. He enjoyed his time at Lake Powell and spending time with friends and loved participating in plays and musicals. He served faithfully in numerous church callings including Bishop and High Councilman and in his later life served two more church missions. He was renowned for his many stories and jokes. Gene loved his country and was especially fond of the symbol of the bald eagle, of which he had a vast collection. Gene’s family would like to extend a special thank you to the Doctors, Nurses, and staff at the VA Hospital who took such special care of Gene in his last days. Gene was survived by his wife, Ann Hughes Richards, his children: Lisa Roush, Holly Cowdell (husband Mark), David Richards, Brent Richards (wife Kerri), Eric Richards (wife Christi), Cynthia Richards, his sister Linda Thurman (husband Erven), 14 grandchildren and 1 ½ great grandchildren. He was preceded in death by his parents and his brother, Ray. Funeral services will be held at noon on Monday, January 3, 2011 at the Winder 2nd Ward Chapel, 1361 E 4000 S in Salt Lake City. Viewings will be held Sunday, January 2, 2011 from 6:00 – 8:00 p.m. at the Winder 2nd Ward Chapel and Tuesday 10:30 – 11:30 a.m. prior to services. Interment, Elysian Burial Gardens.

The family of Gene M Richards created this Life Tributes page to make it easy to share your memories.