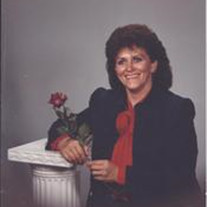 MarLew Buck Young, born on September 5, 1942 to Lewis and Margaret Hawes in American Falls, Idaho, passed away on November 25, 2012 in Ogden, Utah. She was the older sister and protector of her sister Pam and brother Russell. In her earlier years, she enjoyed working at Rexall Drugstore ran by her Grandpa Fuller a Pharmacist. She married Brent Buck on October 2, 1958. Together they had ten children: Yvette, Twins Brent and Brandt, Michelle, Russell Troy, Corey, Twins Shane and Shawn, Pamela, and Scott. Her children and grandchildren were her greatest source of satisfaction and happiness. On June 18, 1985 she married Ronald Young and they resided in Nampa, Idaho. Together they built and maintained a successful carpet-cleaning business, Northwest Carpet Cleaning. As a Boise State fan, she was proud of the fact that they were able to clean the famous Boise State “Blue Turf.” She had a gift of making everything around her beautiful. She loved having her hair and make-up done, and always looked her best. She also enjoyed crafts, sewing, crocheting, and decorating. Her defining characteristic was her ability to care for and show Christ-like love to the people she associated with. As a CNA, she cared for elderly people so they could live their remaining days in the comfort of home and family. She was affectionately known as Grandma Lew and enjoyed the company of her grandchildren and great-grandchildren. MarLew is survived by her children Michelle (Richard) Tesch, Corey (Tami) Buck, Shane Buck, Pamela Perna, and Scott Buck; thirteen grandchildren, and eight great-grandchildren. MarLew was preceded in death by her father Lewis and mother Margaret; brother Russell Hawes husband Ronald Young; children Yvette, Brent, Brant, and Shawn, all as infants, and son Russell Troy, who died at the age of nineteen. Funeral services will be held Saturday, December 1, 2012, at 12:00 pm at the LDS church, 1056 West 4400 South, Riverdale, Utah. Special Services for those living at the Mount Ogden Health and Rehabilitation Center will be held Sunday at 10:00 am. In lieu of flowers, donations can be made to the MarLew Young Memorial Fund at any Branch of America First Credit Union or by calling 1-800-999-3961.

MarLew Buck Young, born on September 5, 1942 to Lewis and Margaret Hawes in American Falls, Idaho, passed away on November 25, 2012 in Ogden, Utah. She was the older sister and protector of her sister Pam and brother Russell. In her earlier... View Obituary & Service Information

The family of MarLew Young created this Life Tributes page to make it easy to share your memories.