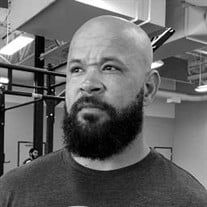 On Monday, October 15, 2018, Marcus Anthony James departed this earth after a 14-month courageous battle with metastatic testicular cancer. He was at home, surrounded by his family and close friends. Marcus was born on October 17, 1977 to Lynne Hall and Edward James in Salt Lake City. He lived his childhood in the Salt Lake valley and graduated from East High School in 1995. He and his high school love, Angela, moved to California in 1996, where he attended college in Long Beach at Golden West. They later returned to Utah and welcomed their first son, Andre into their lives in 1997. Marcus and Angela became husband and wife in January of 1999. They brought their daughter Jacey into the world in July of 2001. Their youngest son, Elijah completed their family in July of 2003. Marcus and Angela later separated after being together for 23 years and married for 17, but continued to be close to their children, especially after he was diagnosed with cancer. The kids were his absolute joy and he was so proud that despite he and Angela had moved in separate directions later in their lives, they had raised some exceptional human beings. Marcus is survived by his wonderful children, Andre, Jacey, Eli, and Andre’s long-time girlfriend, Mikaela. His mother Lynne, his father Edward and stepmother Patricia, his siblings Jenessa and Daniel, his Aunt Bobbi and multiple extended family members also survive him. He is preceded in death by his paternal grandparents Otis and Lillie Mae, his maternal grandparents Jack and Carol, his great-grandmother Shirley (Mimi), and one of his childhood best friends, Bronte, who lost his own battle with cancer in 2017. He is also survived by his girlfriend, Megan Walker. Megan stood by his side on some of his worst days and still continued to love him and be with him, despite the enormity of the burden she carried. He was so thankful for her love through all this and she was at Marcus’ side with Jacey when he drew his last breath. Countless friends are also mourning the loss of Marcus. He touched many lives as a personal trainer and Crossfit coach. He was the founder of Crossfit West Jordan and later the co-founder of The Movement Training Day in West Jordan with one of his best friends, Ryan Hyatt. His gym family has remained tight through all this and has been a huge source of support for all of Marcus’ family. Marcus had been living at the home of his close friends, Aaron and Amanda Lawrence for the past 14 months so he could have support while he was fighting his fight. Their son, Austin, became very close to Marcus and their pup Joey was best buddies with him. He has been looking through the house for him since his passing and he misses his friend. A birthday celebration of life was held on October 17th and per his wishes, Marcus was cremated and will have some of his ashes spread in his favorite places. We would like to express gratitude to the amazing staff at Huntsman Cancer Institute, specifically Drs. Benjamin Maughan, Catherine Lee, and Sarah Menacho and the Huntsman at Home program and Trenaisa Nay, his palliative care nurse practitioner. In lieu of flowers, accounts have been set up to for his children at Mountain America Credit Union under the “Marcus James Memorial Fund” and through PayPal at https://paypal.me/pools/c/88NXrVgAcg.

On Monday, October 15, 2018, Marcus Anthony James departed this earth after a 14-month courageous battle with metastatic testicular cancer. He was at home, surrounded by his family and close friends. Marcus was born on October 17,... View Obituary & Service Information

The family of Marcus Anthony James created this Life Tributes page to make it easy to share your memories.