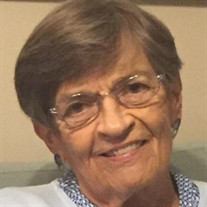 Margaret “Peg” Lenz of North Ogden, Utah, age 79, passed away on Monday, July 26, 2021, after a long struggle with serious illnesses. She passed peacefully, with her daughter, Kelly, and granddaughter, Mikaela, at her side. Peg was born on September 15, 1941, to Charles and Virginia Kelm, in East Grand Rapids, Michigan. After graduating from East Grand Rapids High School, she attended Michigan State University, where she earned a bachelor’s degree. She would later earn a master’s degree in Social Work (MSW) from University of Illinois, and then she became an LCSW. She started her career as a Social Worker/Therapist at Protestant Community Services, and then became the Director of Family Life Center in Rockford, IL, where she worked for about two decades before going into private practice. She was married to Eugene “Gene” Lenz in April of 1995 at Our Saviors Lutheran Church in Rockford, IL. Being a single mom for most of her children’s lives, she instilled in them the values of family, hard work, and frugality. Peanut butter sandwiches and dreams of a vacation to the South Beloit rest area for a picnic were not uncommon, but what they lacked in financial security, they made up for with love and board games. Peg also doted on her grandchildren: Chase, Mikaela, Tyler, and Emma Matzl, and Henry, Grace, and Ella Madsen. She never missed a birthday or special event, and talking to them on the phone or in person was the highlight of her day. Peg was very involved with her churches: Our Savior’s Lutheran in Rockford, and St. Andrew By the Sea in Gulf Shores, AL. Peg touched the lives of many people over the years, and she will be remembered fondly. Peg is survived by her husband, Eugene, of North Ogden, Utah; children, Kelly Matzl (nee Madsen) of North Ogden, Utah and Michael Madsen of La Crosse, Wisconsin, whom she shared with Robert Madsen; her stepchildren, Mark Lenz of Providence, Rhode Island, Robert Lenz of Minneapolis, Minnesota, and Sandy (Lenz) Jackson of Charleston, South Carolina; and her many beloved grandchildren, nieces, and extended family. She is preceded in death by her father and mother and sister. There will be a graveside service on September 18, 2021, at 3:00 PM at Ben Lomond Cemetery. The family requests donations to Christmas Box House, in lieu of flowers.

Margaret &#8220;Peg&#8221; Lenz of North Ogden, Utah, age 79, passed away on Monday, July 26, 2021, after a long struggle with serious illnesses. She passed peacefully, with her daughter, Kelly, and granddaughter, Mikaela, at her side. Peg... View Obituary & Service Information

The family of Margaret "Peg" Lenz created this Life Tributes page to make it easy to share your memories.