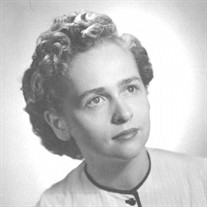 Marianne was born to Herman H and Thora Jeppson Spilker in Salt Lake City. The great depression was prominent in Marianne’s early years and even though times were hard in her own family Marianne would bring home bereft and bedraggled children for her Mother to feed and comfort. She maintained this generous and giving nature all her life. She was a hard-working student and graduated from BYU at 19 years of age with a BS degree in Education. She later earned a Master’s Degree and other certifications. She began her professional life with a contract to teach grade school in Hinkley, Utah. It was there she met and married Lawrence Wright. It was a short marriage but long enough for her precious Son Glen Wright to be born. Marianne enjoyed and valued her membership in The Church of Jesus Christ of Latter-day Saints. She emulated our Saviors love to all through her kindness and caring. Marianne taught school in many different places and circumstances. In addition to regular class curriculum she taught special education classes. In addition, she taught at several Indian Reservation Schools where she developed an abiding respect for the Indian peoples and their culture. She was a loving Mother, Grandmother, and Aunt. Marianne is survived by her Son Glen Wright and her Daughter in Law Eunice Pratt Wright of Paradise, Utah, her two younger Brothers: H Larry Spilker (Collen Palmer Spilker) of Ammon, Idaho, Paul H Spilker (Carol Ann Pearson Spilker) of Cottonwood Heights, Utah, and five Grandchildren Shallon Wright, Eric Wright, Julianne Wright Christopher Wright and Steven Wright. She is preceded in death by her parents, and her sister Carene Spilker English and Carene’s Husband Thomas F. English. Funeral services will be held at 11:00 am, Thursday, August 20, 2020 at The Church of Jesus Christ of Latter-day Saints-Wasatch 2nd Ward, 8170 South Short Hills Drive, Cottonwood Heights. Utah with a viewing to be held one-hour prior at 10:00 am. Interment to follow at Sandy City Cemetery, 9000 South & 700 East, Sandy, Utah.

Marianne was born to Herman H and Thora Jeppson Spilker in Salt Lake City. The great depression was prominent in Marianne&#8217;s early years and even though times were hard in her own family Marianne would bring home bereft and bedraggled children... View Obituary & Service Information

The family of Marianne Spilker Wright created this Life Tributes page to make it easy to share your memories.

Marianne was born to Herman H and Thora Jeppson Spilker in Salt...