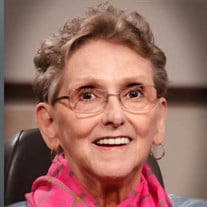 Marilyn Joy Johnson Mitchell left mortality on October 3, 2016 from a rare, disabling, autoimmune disease that destroyed her nerves. She suffered from immense pain for more than two years. She was born July 15, 1947 in Seattle Washington, living in the Pacific Northwest (Seattle and Spokane) until the early 1990s when she moved to the Salt Lake City area. After sixty-nine years she joyfully reunites with her loved ones on the other side of the veil. A life dedicated to service, Marilyn had numerous accomplishments and many loving relationships. Giving time and talents in all aspects of community and church activities, Marilyn showed her ability to lead and influence others with eternal impact. Hundreds of people have been lifted by her direct or indirect association. She accepted any task that allowed her to bring light to others. She served at all levels in various organizations. Just a snippet of the way she served includes: Washington State PTA worker (from room mother to state administrator), West Central Community Center associate (from communications director to dispute resolution counselor). She served as the Executive Director of Kids Day, at River Front Park, In Spokane, WA. She was a mental health activist (serving in many capacities ranging from family advocate to association executive director). She was also a church volunteer (service offerings included various callings from teacher to auxiliary president). As an impressive time manager, Marilyn found a way to do much for others while prioritizing the most important focus of her life—her family. Her greatest love and the emphasis of her life was her role of mother. She possessed abiding tenderness and affection for her husband and children as a model for unconditional love. She felt deep humility in recognizing their accomplishments and commitment to family connections. She led and inspired a very close family—giving birth and raising six children who were the joy of her life. Marilyn’s marriage to her eternal companion, John, is a romance story that extended through life’s trials of raising a large family and juggling the challenges that come through fifty years together. His calm and kind caregiving during her extended illness gave her a level of confidence that sustained her every day. He is her champion and hero. To her siblings Marilyn was a friend, mentor, exemplar, and benefactor. As the third of eleven children and the oldest daughter she took on a mothering role for her brothers and sisters. They all cherish and appreciate her. Marilyn’s creativity spread through all aspects of her life. She designed a tastefully decorated home, hosted numerous memory-making parties, authored three books, wrote delightful poetry, gave extraordinary gifts, and developed engaging lesson plans. Her witty and clever personality made her simply fun. Marilyn happily anticipated joining those who left earth recently, especially her son Aaron who passed away in February 2015. She is also preceded in death by her father, John Wallis Johnson (d. January 8, 2002), her mother, Bonita Joy Stout Johnson (d. April 1, 2013). Marilyn is survived by her husband, John Clarke Mitchell, Jr., and five children, John Clarke Mitchell, III (Shannon), Matthew Mitchell, Lisa Larkin, Amy Walsh (Tracy), Jeff Mitchell (Sarah), ten brothers and sisters, and ten grandchildren and one great-grandchild. Funeral Services for Marilyn will be held on Saturday October 8, 2016 at 10:00 am at 8107 S 6700 W West Jordan, UT.

Marilyn Joy Johnson Mitchell left mortality on October 3, 2016 from a rare, disabling, autoimmune disease that destroyed her nerves. She suffered from immense pain for more than two years. She was born July 15, 1947 in Seattle Washington, living... View Obituary & Service Information

The family of Marilyn Joy Mitchell created this Life Tributes page to make it easy to share your memories.