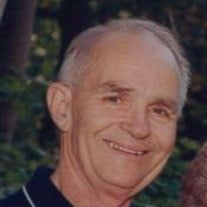 MURRAY – Mark Dee Jeffs passed away peacefully at his home on August 3, 2013, after a long battle with cancer. Dee was born on March 14, 1936, in Heber City, Utah, to Harry Mayho and Nellie Lindsay Jeffs. He was raised in Heber City and graduated from Wasatch High School. He attended BYU and the University of Utah. Dee served in the British mission in England, U.K. for the LDS Church, where he met his future wife. On June 24, 1960, Dee married LaRue Woodall in the Salt Lake City Temple. Dee was Bishop of the Murray 14th Ward and served in many other church callings throughout his life. Dee was passionate about many things. Above all, he loved his family. Dee never declined an opportunity to socialize with family and friends, and his warm, open personality drew people to him. Dee leaves behind an incredible legacy of courage, optimism, love and a devotion to his faith that will continue to inspire those fortunate enough to have shared in his life. Dee is survived by his wife, LaRue Jeffs; children, Jolene (Clyde) Ashcraft, Mark (Julie) Jeffs, Philip (Dennis Owens) Jeffs, and Paula Cushing; grandchildren Heather, David (Aubrie), Stacie, Haley, MacKenzie, Sarah, Lindsay, Madison and Jakob; great-grandchildren Ayden, Ella, Kyler, and Sophia. Dee is also survived by his siblings, Phyllis (Don) Kendall, Ruth (Elwood) Hardman, Harry (Barbara) Jeffs, Joe (Tasha) Jeffs, and sister-in-law, LaRae Jeffs. Dee is preceded in death by is parents, his brother, William Hal Jeffs, and a son-in-law, Tony Cushing. The family wishes to express its sincere appreciation to the many caregivers, especially Dr. Shami and his team at Huntsman Cancer Institute, along with Dr. Doane and his staff at University of Utah Hospital. Memorial Services will be held Wednesday, August 7, 2013, at the LDS chapel located at 6410 S. 725 E. Murray, Utah, at 11:00 a.m. Friends and family may call at the chapel from 9:30 a.m. until 10:45 a.m. at the same address. Internment will follow at Murray City Cemetery.

MURRAY &#8211; Mark Dee Jeffs passed away peacefully at his home on August 3, 2013, after a long battle with cancer. Dee was born on March 14, 1936, in Heber City, Utah, to Harry Mayho and Nellie Lindsay Jeffs. He was raised in Heber City... View Obituary & Service Information

The family of Mark "Dee" Jeffs created this Life Tributes page to make it easy to share your memories.

MURRAY – Mark Dee Jeffs passed away peacefully at his home on...