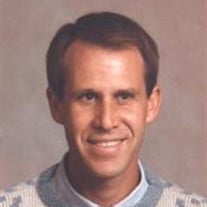 Mark Snow Whiting passed away in his home in Mapleton on Tuesday morning, October 1, 2013, He was born in Provo, Utah on Feb 13, 1954 to Juan and Alma Whiting. Mark graduated from Springville High School in 1972. After school he accepted the call to serve an LDS mission in the Japan, Nagoya Mission. Education was always important to him and he received his Bachelors in Communications at BYU and Graduate Studies at USU. He met his lovely wife, Judy at Utah State and they were married September 4, 1981 in the Salt Lake Temple. They celebrated their 32nd anniversary in September. Integrity and commitment to quality work were hallmarks to his success in all of his personal and professional endeavors. His mission was just a beginning to his service in the church as he later served over 11 years as a stake missionary. With all of his callings in the Elders quorum, High Priests group, and Gospel Doctrine Teacher, his favorite callings were Nursery Leader and Home Teacher. He loved little children and his life and breath was his family. He served them with everything he had and devoted his life to them. Quantity time was a philosophy he learned from his father and he lived it by spending countless hours on tennis and basketball courts. He also made time to have deep and meaningful conversations with his family and friends. He had a firm and resolute commitment to the Lord and knew that families could be together forever. With all of the pain and suffering he underwent while battling cancer, he never stopped believing in the plan of salvation. He is preceded in death by his three children Christopher, Julia, and Lynzy, his brother David Juan Whiting and his father O. Juan Whiting. He is survived by his wife, Judy and his children Macgregor, Juan and Jenn, David, Joseph, Kaylee, Jared and Teancum. His love and commitment to the Lord and others will be a lasting monument in the Whiting family and lives of many. The funeral services will be on Friday October 4, 2013 at 11:00 am, at the Mapleton White Church on Maple and Main. A viewing will be held on Thur. Oct. 3rd from 6-8pm at the White Church and at 9:30-10:30 before the funeral.

Mark Snow Whiting passed away in his home in Mapleton on Tuesday morning, October 1, 2013, He was born in Provo, Utah on Feb 13, 1954 to Juan and Alma Whiting. Mark graduated from Springville High School in 1972. After school he accepted the... View Obituary & Service Information

The family of Mark Snow Whiting created this Life Tributes page to make it easy to share your memories.

Mark Snow Whiting passed away in his home in Mapleton on Tuesday...