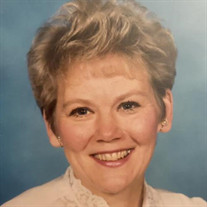 Mary Laurel Rowe 1949 -2021 Mary Laurel Rowe passed away peacefully in the loving care of the Provo Rehabilitation and Nursing Center January 6, 2021. Mary was born April 15, 1949 to Owen Berry Rowe and Dorothy Hedquist Rowe in Provo, Utah. She graduated from Orem High School in 1967 and earned a Bachelor of Science degree in Education from Brigham Young University in 1983. Mary spent numerous years teaching young people and was an enthusiastic and devoted teacher beloved by her students. Mary was a long time resident of Springdell and Provo, Utah. She enjoyed the outdoors and all it had to offer. Mary was diagnosed with diabetes at the age of 9 and, in spite of her illness, lived a full and active life filled with service and love. She adored her animals and always had a dog and numerous cats in her home. Mary was a faithful and active member of the Church of Jesus Christ of Latter-day Saints, where she had countless friends and served in many capacities. She was the family genealogist and spent years researching and completing family records. Her greatest love was her family. Everyone remembers her zest for life, happy laughter and desire to share time with each person. She was an aunt to six nieces and nephews and cousin to many from both sides of her extended relatives. Mary cherished her extended family, loved everyone’s children and embraced them all as her own. Mary married James Brittain, later divorced. She married Roger Nemelke, later divorced. Mary is survived by her brother, Brent (Gretchen) Rowe, sister, Vivia Farley Baldwin, nephews and nieces, Egan Rowe and Spencer (Amy Davila) Rowe, Gregory Taggart (Buffy) Farley and Danica (Enrico Porrino) Farley, Jen Langley and Shane Langley. She was close to all her cousins, especially Ann (Warren) Royall, whom she treasured as a sister, and to Ann’s children, Haeleigh, Aubrey, Cragun and Kiera and Ann’s grandchildren, Lilleigh and Zia and Barta Heiner and Lisa Edmonds, Mary’s best friends. The family would like to thank the Provo Rehabilitation and Nursing Center for their exceptional care. Meghan Leishman is our loyal angel and the entire staff was always kind and supportive and cared for Mary in a special way. Mary was preceded in death by her parents and her sister, Dorothy Christine Langley Provstgaard. Due to Covid-19 restrictions, a Celebration of Life will be held at a later date for family and friends. There will be a viewing for her family and friends at the LDS Chapel at 1456 East 300 North – Provo from 9:30 A.M. till 10:30 A.M. followed by a graveside burial service at the Provo City Cemetery 610 South State Street Provo at 11:30 A.M..Tuesday January 12, 2021. Online condolences may be shared at Premier Funeral Services. If you would like to honor Mary, please consider a donation to Best Friends Animal Society at their website under Memorial & Honor Gifts.

The family of Mary Laurel Rowe created this Life Tributes page to make it easy to share your memories.