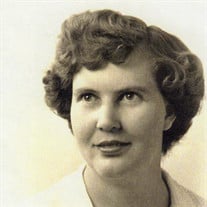 Mary Marjorie Payne Seely, born May 31, 1930, peacefully passed away on July 23, 2017, at the age of 87. She joined her loved ones on the other side, including her eternal companion, Edwin MG Seely. Mary Marjorie Payne was born in Washington, DC, the eldest daughter of Wilford Houghton Payne and Blanche Ellsworth Payne. She had three brothers (Kay, Dean, and David Payne) and three sisters (Louise Wilhite, Kathleen Benson, and Helen Asay). Marjorie spent her childhood in Washington, DC, where at the age of three she was rescued by a mysterious stranger from drowning in the Lincoln Memorial Reflecting Pool. She also lived in Houston, Texas, and Seattle, Washington, in her growing up years. She studied at the University of Utah and Brigham Young University, where she obtained a bachelor’s degree in elementary education. She married Edwin MG Seely on June 9, 1952, in the Salt Lake Temple, and they eventually made their home in Milwaukie, Oregon, where they raised their nine children. Mary Marjorie was devoted to her family and supported her husband and children in their many interests. She made sure her children had the opportunity to read, play musical instruments, travel, and seek higher education. As an active member of The Church of Jesus Christ of Latter-day Saints, she served in many callings. She loved people and was always the first to help those in need. She had a listening ear, gave constant service, and was a great teacher and example to those around her. She also had a great sense of humor. She and Edwin had the great blessing of sending out seven missionaries. In 2012, Mary Marjorie and Edwin celebrated their 60th wedding anniversary and moved to Provo to be closer to family. Edwin passed away in 2013, and Mary Marjorie spent her last years enjoying the company of her children and extended family and friends who regularly came to visit her. Marjorie is survived by her children: Blanche (Alan Heidt), David Rolph (Jo Ann Horton), Mark Edwin (Pamela Harding), Karen, Keith Alan (Teri Boster), Brent Evan, Scott Knudsen (Merrily Johnson), Mary Ann (Daniel Ellefson), and Matthew Payne (Tamera Shurtliff). She leaves behind a legacy of 28 grandchildren and 22 great-grandchildren. The funeral will be held at 11 a.m. on Saturday, July 29, at the LDS Grandview chapel at 1555 North 1350 West, Provo, Utah. The viewing will be from 9:30 a.m. to 10:30 a.m. before the funeral. The interment will be at 3 p.m. in the Mount Pleasant (Utah) City Cemetery.

Mary Marjorie Payne Seely, born May 31, 1930, peacefully passed away on July 23, 2017, at the age of 87. She joined her loved ones on the other side, including her eternal companion, Edwin MG Seely. Mary Marjorie Payne was born in Washington,... View Obituary & Service Information

The family of Mary Marjorie Seely created this Life Tributes page to make it easy to share your memories.