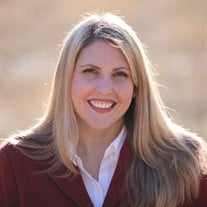 Our dear Mary Melissa Proctor died unexpectedly September 10, 2016 in Salt Lake City, Utah from causes incident to a recent surgery. She was born in Chicago, Illinois on January 22, 1974, the eldest child of Philip Lyle Ward and Maurine Jensen Proctor. Her early loves were books and music. Starting at the age of five, Melissa studied Suzuki violin and performed widely for friends and family and often in church. An avid reader and writer, Melissa was also involved in spelling bees and writing contests as a student in elementary and junior high school. In high school Melissa was active in choir and played the lead in school musicals like The Fantastiks. She was on the high school debate club for two years where she placed first for her debating skills. She loved spending time in the mountains singing around the campfire with her friends. As a college student at Brigham Young University she discovered an easy facility with languages and studied German, Hebrew, Arabic, and Japanese. In her sophomore year, she spent a semester studying abroad in Israel and Egypt. Melissa served an LDS mission in Tokyo, Japan and taught Japanese at the Missionary Training Center upon her return. More than anything, Melissa was passionate about learning and pursued her education at some of the top schools in the country. She studied Near Eastern Studies at Brigham Young University, Hebrew Bible at Yale Divinity School, moral philosophy and religious thought at Brown University, religion and social theory at Princeton University, and constitutional law and legal history at Harvard Law School. In law school, Melissa worked at the legal aid clinic in Boston to help low-income victims of domestic violence. Melissa loved teaching and was happiest engaging her students in the classroom. A scholar of religion, she developed the first class on Mormonism that had ever been taught at Harvard Divinity School. Melissa also did teaching stints at the College of the Holy Cross and most recently at Utah Valley University where she taught religion, ethics, and the law. Since returning to Utah two years ago, Melissa worked as a research analyst at the Utah Foundation and in public policy at the Utah Domestic Violence Coalition. Addressing the prevalence of domestic violence in Utah was an issue that was personally important to her. Melissa was a tireless champion for policies to benefit women and children such as equal pay for women, paid family leave, and universal preschool. Melissa is survived by her parents Maurine Jensen Proctor and Scot Facer Proctor and ten siblings: Laura Hodges (Scott), Eliot Ward (Angie), Julie Montoya (David), Lucas Proctor, Rachel Tomsick (Jeremy), Andy Proctor (Stacie), Thomas Proctor, Truman Proctor (Tina), Mariah Scoresby (Bryan) and Michaela Proctor. She also has 18 nieces and nephews. She is preceded in death by her father, Philip Lyle Ward, her grandparents Virginia and Lyle Ward, Paul Dean Proctor, and Maurine and Joel P. Jensen. She has long requested to have no funeral at her passing. In her honor we have created a scholarship fund through the Womens’ Success Center at Utah Valley University to offer women the support they need to complete their degree. Please click here to donate: give.supportuvu.org/proctor

The family of Melissa Proctor created this Life Tributes page to make it easy to share your memories.