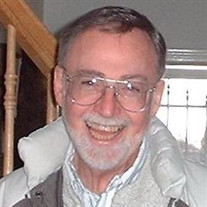 Michael Glenn Reynolds 1936 – 2017 Michael Glenn Reynolds sang and danced his way through life and into Heaven’s arms April 26, 2017 after a valiant battle against a terrible disease. His strong urge to live could not overcome the decline in his energy and strength. Born April 9, 1936 in Salt Lake City to Mother Emmy Martina Malmquist and Father Clarence Benjamin Reynolds. He lit up the room with his smile, and was a loving husband, father, brother and friend. He impacted so many peoples’ lives and made everyone feel special. Preceded in death by his parents, his first wife, Patricia Jane Hulbert Reynolds, sisters Agnes June Pistorius, Dorothy Ruth Goddard, Almeda Reynolds White, Emmy Maxine Brklacich, Mary Reynolds Weiss and Barbara Reynolds White, and brothers Clarence “Bud” Reynolds and Edsel Boyde Reynolds. Survived by wife Dorian Elsie Jones Reynolds, sister Linda Pauline Reynolds Manduca, sons Michael Hulbert Reynolds and Mark Glenn Reynolds, daughters Christine Jane Wilkins and Martina Lynn Smith, several grandchildren, stepchildren, and countless friends. He thanks all the people who attended to him during this struggle. Michael G. Reynolds, passed away, peacefully; his earthly pain is over. He’s now with loved ones who have passed before him, just as he was surrounded by loved ones in the days before, and in the final moments of his life. Dorian, has lost the "love of her life." Our family has lost a brother, father, Uncle, and grandfather. Family and friends have lost a beautiful person who's filled the world with love and laughter; we, in turn, carry that with us, and share with others. Michael’s ability to love without exception; to bring sunshine and laughter everywhere he went; and deep caring will always be cherished. He lived a full life, “Oh, and more, much more than this I did it my way” “My Way” Frank Sinatra Services will be held Saturday, May 6th at the LDS Church located at 755 East 3 Fountains Drive at 12 p.m. The family will have a welcoming prior to the service beginning at 11 a.m. On Friday, May 5th, a Celebration of Life and fundraiser to help with medical bills will be held at the Fraternal Order of the Eagle’s on 1104 West 2100 South starting at 5 p.m. There will be raffles; auctions; photo ops with Star Wars themed characters; Karaoke; and dancing with music by DJ Rich Erickson. Donations will be accepted for a Cinco de Mayo themed potluck. Donations may also be made at any U.S. Bank, nationwide, under “Michael G. Reynolds donation account,” or online at www.gofundme.com “Miracles for Michael G. Reynolds.”

The family of Michael Glenn Reynolds created this Life Tributes page to make it easy to share your memories.