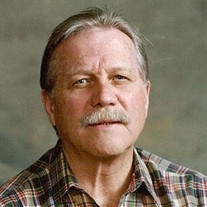 Michael Sterling Rich “Hugie” 1947 - 2016 Michael Sterling Rich was born August 17, 1947 in Rexburg, Idaho – second child and first son of Sterling R. Rich and Beth Pocock. Mike grew up in small town in farm country with cousins and hard work. He moved with family when 9 years old to Salt Lake City, Utah. Attended Bonneville Elementary, Clayton Jr., and East High School where he was a football star his Senior Year – Mr. Defense. Mike graduated high school early at 17 to take early entrance at University of Utah. He attended there for 3 years with an interest in Geology. While attending the U. he worked for Bonneville Golf Club grooming greens. Decided to leave school for winter quarter and moved to Aspen, Colorado to immerse himself in his love of skiing. He fell in love with the lifestyle there and a temporary leave turned into 32 years of Aspen being his permanent home. There he became skilled as a stone mason, worked in construction, and as a waiter and eventually head maître-de at The Chart House Restaurant. He earned the nickname “Hugie” there as a result of his strength and big barrel chest. The uniform there was Hawaiian shirts and as a result, Mike had a closet full of beautifully sewn tropical shirts by His Mother….. a token of love he cherished. Mike loved the outdoors, especially the mountains, and Colorado provided the canvas for camping, hiking, skiing. He also loved to travel. Many good friends became his Aspen Family. What started out as a charming dirt road town and everyone there with a dog, Aspen eventually caught the eye of wealthy developers. Aspen was no longer the place Mike fell in love with….too many people with agendas and it became too expensive to live there. After 32 years Salt Lake became his home once again as he moved back at the invitation of his younger sister, Jane to help her totally remodel a home for her family. At the completion of that job, Mike moved to Royal Circle where he continued to work in construction and worked for the former Emigration Market making killer sandwiches and other fare for a time. Mike loved food and the experimentation for good tastes. Then eventually moved above Wasatch in Olympus Cove where he retired from formal work. Mike died Wednesday, August 31, 2016, at the age of 69 from Cancer in his home with loving family attending as well as the wonderful care of Hospice Angels from Quality Hospice. They are dedicated, compassionate professionals and we thank them with deep gratitude . Mike was proceeded in death by Mom and Dad, and 2 siblings; Jane R. Steffensen and James A. Rich, along with Grandparents and cousins. He is survived by Siblings: Mary Ellen Rich, Paul R. Rich (Shelley), Elizabeth Ann Busico (Joe), Daniel H. Rich (Becky), sister in law Joanne Rich, brother in law Brian (Susan) Steffensen. Also Many nieces and nephews and Friends. Mike led a very private life. He had a good work ethic, was stubborn, independent, difficult, sometimes critical of others and mostly himself. He was athletic and handsome, even in death. Smart, great memory, quick wit, good conversationalist. He liked riding his bike, hiking up through This is the Place Park. He was a voracious reader and made weekly trips to Anderson library. Loved listening to NPR radio, especially programs like Car Talk with Tom and Ray, Prairie Home Companion, and Wait, Wait, Don’t Tell Me. He liked all kinds of music including classical….the exception being the sappy country songs. Mike was most skilled with Duct Tape and foaming gorilla glue. Everything was ‘fixed’ with either of these from Duct taping a shattered finger back together to heal (Mike didn’t go to doctors) to Gorilla Gluing his bumper back onto his car. He was known for his bone crusher hugs, thoughtful and unusual sibling gifts at Christmas and birthdays and was loved by family and friends near and far. Please join us for a Sunset Memorial Service at Camp Tracy located in beautiful Millcreek Canyon at 6:00 pm, Tuesday, September 6, 2016. Directions: Turn east on 3800 South off Wasatch Blvd and drive 3 miles up the canyon until Gate F Layton Lodge (located on the right side). Park and walk to the pavilion located west of the Main Lodge. Dress for the weather. “Sometimes you will not know the value of a moment until it becomes a memory”….. Dr. Suess “Finish each day and be done with it. You have done what you could. Some blunders and absurdities no doubt crept in; Forget them as soon as you can. Tomorrow is a new day. You shall begin it serenely and with too high A spirit to be encumbered With your old nonsense.” -Ralph Waldo Emerson-

The family of Michael "Hugie" Sterling Rich created this Life Tributes page to make it easy to share your memories.