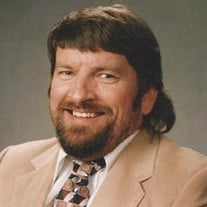 On December 1st, 2014 at approximately 7:40 in the morning, Mikel Alexander Murphy passed away in his sleep. He was 53 years old. Mikel returns to his Father In Heaven to join his parents, Verl Amos and LaRae Judd Murphy, and 2 sisters, Alice LaRae Purser and Mary Ellen Campbell. We are sure this beautiful reunion will be filled with laughter and joy and will include all his friends and family who have passed before him. Mikel was born June 18, 1961, in Etna, California. He lived with his parents and siblings in California, Grants Pass Oregon, Casper, Wyoming and was raised the greater part of his childhood in Myton, Utah. He graduated high school in Roosevelt, Utah. Mikel worked as a truck driver, and a carpenter, and much like his father he was a “Jack-of-all-trades” and could repair or construct most anything. That was how he earned his living and supported his family until he suffered a devastating industrial injury. Mikel had some difficulties in his life, for which he paid dearly. He didn’t have much in material things, but was a very kind and giving man who would give you the shirt off his back if it would help you, expecting nothing in return. Mikel loved very much and is survived by his long time friend, companion and Fiancée Marvina Williams, his 3 children, Sarah Elizabeth Case, Melissa LaRae Murphy, and Alexander Mikel Murphy, 2 step-sons, Reagan Nielsen and Christopher Burt, one sister, Elizabeth Jane Casper, 3 brothers, Verl Amos Murphy, Jr., Robert Judd (Cindy) Murphy, Benjamin David (Ingrid) Murphy, 2 foster brothers, Johnny Tabbee and Kevin Tabbee, and 1 foster sister, Raelyn Martinez. He is also survived by many aunts, uncles, cousins and friends. We love and will miss Mikel with his unique personality, sense of humor, and kind heart.

On December 1st, 2014 at approximately 7:40 in the morning, Mikel Alexander Murphy passed away in his sleep. He was 53 years old. Mikel returns to his Father In Heaven to join his parents, Verl Amos and LaRae Judd Murphy, and 2 sisters, Alice... View Obituary & Service Information

The family of Mikel Alexander Murphy created this Life Tributes page to make it easy to share your memories.