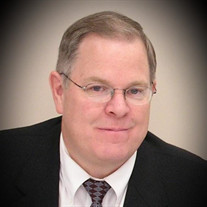 Monte LeRoy “Lee” Hammond, age 65, died on November 21, 2019 after battling leukemia for a year. Lee was born on June 10, 1954 in Murray, Utah, to Monte Gene Hammond and Ione Gordon. At 2 years of age, his family moved to Alaska, followed by California and then Utah. After graduating from high school in 1972, Lee attended the University of Utah. From 1973 to 1975, he served a mission to Brisbane, Australia for the Church of Jesus Christ of Latter-day Saints. In 1976, he attended BYU in Provo, Utah. On August 12, 1976, he married Kaye Fotheringham in the Salt Lake Temple. They have welcomed five children, their spouses and 15 grandchildren into their eternal family. All his life, Lee served faithfully in The Church of Jesus Christ of Latter-day Saints. He served in many different capacities, with his favorite being scoutmaster to 18 young men. He has a powerful testimony of faith and trust in the Lord, and will be greeted with joy on the over side of the veil. His family has always been his greatest joy. He was never too old to play with the grandkids. He spent countless hours camping, hunting and fishing with family. He also loved to fly small aircraft and operate ham radio. Lee has been employed as a software engineer since 1980. His current employer is True Oil of Casper, Wyoming. He is survived by his mother: Ione Hammond, wife: Kaye Hammond, children: Rachael and Cory Emmertson, Diana and Jared Farley, Monte Lynn and Nikki Hammond, Shari and Ben Red Cloud, Kurtis and Kati Hammond, and 14 grandchildren. He is preceded in death by his father: Monte Gene Hammond and one granddaughter: Lucy Belle Hammond. A viewing will be held from 6 to 8 pm on Sunday, November 24, 2019 at the West Jordan Bingham Creek Stake Center, 8539 South 2200 West, West Jordan, Utah, and also on Monday, November 25, 2019 beginning at 9:30 am with the funeral service to begin at 11:00 am, all at the church. Interment will be at Syracuse City Cemetery, 1250 S 1000 W, Syracuse, Utah. Special thanks to the staff at Huntsman Cancer Institute and Huntsman at Home for their kindness and compassion.

The family of Monte "Lee" LeRoy Hammond created this Life Tributes page to make it easy to share your memories.