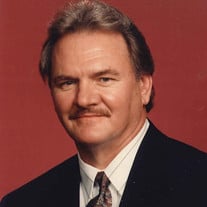 Monty Carl Noland, Eagle Mountain Utah, passed away Friday, August 24, 2018. He was born to Caples Marvin Noland and Philena Mae Long in Weston, Missouri. He is survived by his wife, Linda Kay Noland; and her Children, Kellie Schade, Katie Stewart, and Joshua Schade; and by his children, Angie Rowsell, Rocky Noland, and Michelle Stewart; and by his Grandchildren, Braiden Rowsell, Kiffani Rowsell, Kylee Rowsell. He was preceded in death his parents; his siblings, Glenn, Larry and Geneva; his daughter, Kimberly Michelle Noland; and his grandson, Brenan Rowsell. He enlisted in the US Navy in 1955 and served his country for almost 20 years before he retired from Navy. He later retired from the Pacific Corp in 1997 and After about 20 years with the company now known as Rocky Mountain power. He loved boxing especially during his time in the navy he will be greatly missed by his family and friends . Funeral services will be 11:00 am, Thursday, August 30, 2018 at the Landing LDS Ward, 1934 Cedar Trails Way, Eagle Mountain, Utah with a viewing prior to services from 9:45 to 10:45 am. Interment in the Utah Veterans Memorial Park, 17111 South Camp Williams Road, Bluffdale, UT.

The family of Monty Carl Noland created this Life Tributes page to make it easy to share your memories.