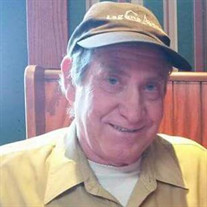 Sandy — Scott Nance, age 69, sadly and unexpectedly passed away Tuesday, March 28th, 2017 at his Sandy, UT home. Mr. Nance is survived by his father Stanley, his brothers and sisters Warren, Bugsy (Stan), Sheila, Shelley, Cal, Diane, Denise, Janae, Dana, Jerry, Jolene, Joel and his four children & step-daughter: Michael Nance, Shannon Marie Nance-Faxas, Jackie Nance-Flynn, Cheyenne Nance, and Charlene Wentz-Nuñez. He also leaves behind fifteen amazing grandchildren, Michael, Christopher, Sebastian, Sean, Lazaro, Mia, Kelly, Lexi, Liam, Eirelyn, Bradley, Gunner, Hunter, Lucas, and Logan. He was preceded in death by his mother Helen and his brother Shirl. Scott was born on November 22nd, 1947 and grew up in nearby Salt Lake City, the son of Stanley and Helen Nance. Scott was a veteran of the US Army, where he served his country with honor for 4 years until he was honorable discharged on December 13th, 1972. The discipline and patriotism he learned in the Army never left him, as friends and family will attest. He was also a missionary for the Church of Jesus Christ of Latter Day Saints. He completed his 2-year mission in American Samoa. Where he fell in love with the culture and the language. Scott was a devoted father, grandfather, and avid sports fan. He loved watching football, the Utah Jazz, NCAA basketball, and of course his alma-mater BYU. He enjoyed hiking, camping, fishing, and cracking jokes whenever the opportunity arose. He will be deeply missed by his friends, family, and all who knew him. Services will be held this Monday at 11:00 am, at 1855 West 13400 South, Riverton, Utah. Burial will take place at Camp Williams at 1:00 PM at 17800 South 1700 West, Riverton, Utah.

The family of Myron Scott Nance created this Life Tributes page to make it easy to share your memories.