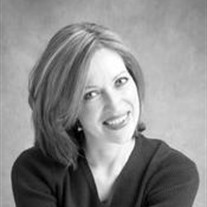 Natalie Reed passed away quietly and peacefully on Friday evening September 6 at the age of 55. It was with unyielding optimism and her engaging smile that she confronted the various cancers that eventually completed her mortal life. She slipped from the embrace of family and friends at her home in Salt Lake City into the waiting embrace of family and friends in her eternal home. One of those waiting her return was her little sister Libby, whose birthday was the previous day. Natalie is the daughter of John and Edith (Grandma Dee Dee) Reed. During her final hours, Mom kept Natalie’s feet warm knowing that “Daddy” would soon see those beautiful feet leap with joy and dance once again. Natalie is a dancer. Natalie is a musician: a violinist, violin teacher, singer and conductor, who earned an honors BA from BYU, and a Masters in violin performance from the University of Utah. Her PhD studies were at Indiana University where she was a student of Josef Gingold. Natalie grew up in Salt Lake City living near Liberty Park, graduating from East High School. She served an LDS mission in the Germany Munich mission later returning to her beloved Salzburg. She traveled widely, with her music taking her to Alaska, Singapore, Finland, England, Europe, and the Caribbean. She lived in Washington D.C.; L.A. (where she substituted in the Las Angeles Philharmonic); San Francisco; Bloomington, Indiana; and Santa Barbara, California; eventually returning home to Salt Lake City. Natalie was a teacher, coach and trusted confidante to her countless private violin students. Many of them are now violin teachers or professional musicians themselves, often sending their children to Natalie knowing of her powerful combination of competence and compassion. She also worked as a Life Coach, a Realtor, an Office Manager, and a Ballot Initiatives Administrator. Natalie was a rich contributor to the professional music community in Salt Lake. She played with the Utah Symphony, and The Orchestra at Temple Square. Natalie was at home in the recording studio or on stage as she played for many artists, including: Glen Campbell, Quincy Jones, Smokey Robinson, Sarah Brightman, the Four Tenors, Tom Selleck, Johnny Mathis, Barry Manilow, Transiberrean Orchestra, Mannheim Steamroller, Josh Groban, Kurt Bestor, Kenneth Cope, Alex Boye, Jon Schmidt, Jenny Jordan, Jenny Oaks Baker. Natalie wrestled with the disease of depression. She reached out to others in a very personal and authentic way, knowing of the despair. She brought hope to those feeling hopeless; she could say, “I know,” and really knew. Like Jesus, whom she loved, she lifted up those whose heads hung down and whose hands reached up. She was a fabulous aunt to 27 nieces and nephews and their 52 children. Natalie is preceded in death by her father, John; brother, Byron; sister, Barbara; and baby sister, Elizabeth. Funeral services will be held at the Hillside Stake Center, 1400 South 1900 East, at 11:00 am, Saturday September 14, 2013 with visitation one hour before. A viewing will be held at the Mountain View Third Ward, 1889 South 1700 East, 7:30-9:00 pm Friday before the funeral.

Natalie Reed passed away quietly and peacefully on Friday evening September 6 at the age of 55. It was with unyielding optimism and her engaging smile that she confronted the various cancers that eventually completed her mortal life. She slipped... View Obituary & Service Information

The family of Natalie Ruth Reed created this Life Tributes page to make it easy to share your memories.

Natalie Reed passed away quietly and peacefully on Friday evening...