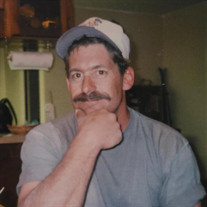 Odie Joseph Kennedy 1959 - 2022 Our father, grandfather, brother and friend, Odie Joseph Kennedy, passed away unexpectedly on January 4, 2022 at the age of 62. Odie was born on April 26, 1959, to Joseph and Cherie Kennedy in Salt Lake City, Utah. He attended Olympus High and South Summit High School where he played on the football team. After high school, Odie worked in the steel fabrication industry for several years where he made many friends. Odie married Tammi Nielson in 1979. Together they raised three children, Jackie, Jill, and Odie Jr. Although Odie and Tammi later divorced, they remained lifelong friends. Odie was a very hard working and compassionate man, with a healthy sense of humor. He loved dogs, spending time outdoors and hunting and camping in the Wasatch Mountains. He was a lifelong fan of the Detroit Lions and Nascar racing. His grandchildren will cherish memories of his goofiness and the fun times he spent playing and riding bikes with them. He will be greatly missed by all who knew and loved him. Odie is survived by his three children, Jackie Rojas of Salt Lake City, Jill Kennedy of Salt Lake City, and Odie Jr (Leslie) Kennedy of Eagle Mountain, ten wonderful grandchildren, and a great-grandchild expected in March 2022. Odie also leaves behind his three siblings, Bridgette (Kent) Bateman of Murray, Collette (Cory) Foster of Bountiful, and Joel (Robin) Kennedy of Santa Monica, CA and many nieces and nephews. He is preceded in death by his parents, Joseph Hugh Kennedy and Cherie Dawn Jackman Kennedy, and his grandson Aiden Goff. A private service will be held at a later date.

Odie Joseph Kennedy 1959 - 2022 Our father, grandfather, brother and friend, Odie Joseph Kennedy, passed away unexpectedly on January 4, 2022 at the age of 62. Odie was born on April 26, 1959, to Joseph and Cherie Kennedy in Salt Lake City,... View Obituary & Service Information

The family of Odie J Kennedy created this Life Tributes page to make it easy to share your memories.