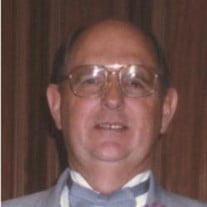 Orville “Dean” Gardner was born April 6, 1931 in Van Wert, Iowa to Orville and Vera Gardner. As a wee toddler he was nicknamed “Sonny Boy”. His family resided in the small Iowa town of Woodburn where Dean’s father owned the local grocery store, “Gardner and Son”. Dean was the oldest child of six who viewed him with the awe of a big brother. Dean lived the ideal American country boy lifestyle. He was a local baseball hero the year he struck out 18 batters in one game. He also has fond memories of playing basketball and other sports. Dean and his brothers always reminisce about Dean’s amazing sledding skills during the cold Iowa winters. Uncle Phil shares a story of when Dean owned his first car he decided to provide the younger siblings with an adventure. He told their mother that he wanted to take the kids out for a drive and she responded, “Okay, but don’t drive all over the state”. On their return home, Phil ran into the house and exclaimed “Dean drove us to Des Moines to see a movie!” The mom glare was quite intense! Dean took his schooling seriously as he was his class valedictorian . . . of a graduating class of six students. After attending some college with his soon to be brother-in-law, Norris, Dean made the great westward adventure to California to attend college. Dean found a job at a local grocery store using his acquired skills obtained in his father’s own grocery store. One of Dean’s co-workers set him up on a blind date for a Christmas party in 1954 where Dean met his sweetheart, Beverly Stevenson. Dean and Bev soon fell in love and were married on July 1, 1955 in El Monte, California. The very next day, Dean was baptized a member of The Church of Jesus Christ of Latter-day Saints. The lovebirds were sealed together for time and all eternity on January 23, 1958 in the Los Angeles LDS Temple. Dean and Bev settled in El Monte, California to start their family. Larry was their first born in 1956, Steven joined the family in 1959 followed by Carol in 1965. In 1973, the little family decided to relocate to Salt Lake City, Utah and Beverly’s mother, Floris Stevenson, joined them and remained with the family for several years. Dean was a master storyteller, a people person and loved to serve others. He spent many of his working years in retail grocery management. He was a manager of the produce department at a grocery store in Lehi, Utah for a few years where he became famous for his entertaining show in picking out a watermelon! In 1983 Dean and Bev moved to Littleton, Colorado for a new job opportunity in accounting. Before retirement, Dean was managing a custodial crew at Buckley Air Force Base in Aurora, Colorado. After retirement, Dean and Bev relocated to sunny Grand Junction, Colorado and enjoyed many years in their little retirement community. Later they returned to Utah and have enjoyed their friendships with many great neighbors. Dean peacefully passed away on the morning of Monday, March 16, 2015 at the age of 83 with his family surrounding him. A true romantic to the very end, he waited for his sweetheart to arrive at the hospice center that morning before he moved on to his newest adventure! Orville Dean Gardner is preceded in death by his parents Orville and Vera Lee Gardner, his in-laws Myron and Floris Nielson Stevenson and a sister and her husband, Kay and James Gardner Johnson. Dean is survived by his darling wife, Beverly Stevenson Gardner; his sister Twyla (Norris) Davis; his brothers Don (Phyllis), Phillip (Jan) and David Gardner; his children Larry (Susan) Gardner, Steven (Penny) Gardner and Carol (Kevin) Snider; 12 Grandchildren and 10 Great-Grandchildren. A graveside service was held in Dean’s honor at 1:00 pm on Wednesday, March 18, 2015 at Elysian Burial Gardens in Salt Lake City, Utah.

The family of Orville Dean Gardner created this Life Tributes page to make it easy to share your memories.