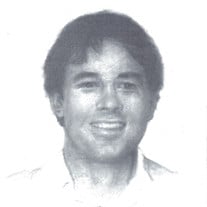 Paul Conrad Bjornn, 74, our beloved brother, uncle and dear friend to many, passed away November 25, 2019 from heart complications. Paul was born February 19, 1945, the son of Rudolph and Virginia Peterson Bjornn, in Salt Lake City, Utah. He grew up in the Canyon Rim area and attended Olympus High School where he joined the baseball and track teams, graduating in 1963. While in high school, and during the Vietnam War years, he joined the U.S. Army Reserves, being trained as a combat field medic, in which capacity he remained for 8 years. Paul served a 2 1/2 year mission for The Church of Jesus Christ of Latter-day Saints assigned to the Northeast/North British Mission, and remained an active, devoted member throughout his life. Having served in both ward and stake capacities within church service, he particularly enjoyed the calling of Gospel Doctrine teacher. Paul later joined the U.S. Naval Air Reserve forces being attached to the Joint Intelligence Center of the Pacific at Pearl Harbor, Hawaii, for 22 years. While in this capacity both the Secretary of the Navy and the Admiral Director of the Naval Air Reserve Intelligence personnel sent him a letter giving “thanks” and an accompanying commemoration Medal of Appreciation for his work promoting the U.S. Naval Air Reserves. Paul formed All West Claim Service where he worked as an independent insurance claims consultant for many insurance companies helping to settle many property and casualty losses. Paul had a love for photography and his skill behind the lens captured many beautiful wedding, portraits and family memories. Paul is a graduate from the University of Utah with a bachelor’s degree in business management. He remained a “Ute” fan, especially following football. Paul was married and sealed in the Salt Lake City Temple to Carla Lani Cannon, who passed in February 2011. They were friends since childhood and both served their country together as members of the Navy Air Reserves by fulfilling active duty assignments and visiting many beautiful locations together nationwide. Of Paul’s various occupations and employment endeavors, he always said that his favorite job was as a young boy working for the Village Bakery in Salt Lake City. His boss asked him to deliver bakery goods while driving his car - at the age of 13. Paul is survived by a sister, Bonnie (Richard) Tolman, and a brother, David (Paula) Bjornn, along with many cousins, nieces and nephews. Funeral services will be held at 11am on Saturday, December 14, 2019 at the Highland Park Ward located at 2535 South Douglas Street in Salt Lake City. (Parking area is available on East side of building)

Paul Conrad Bjornn, 74, our beloved brother, uncle and dear friend to many, passed away November 25, 2019 from heart complications. Paul was born February 19, 1945, the son of Rudolph and Virginia Peterson Bjornn, in Salt Lake City, Utah. He... View Obituary & Service Information

The family of Paul Conrad Bjornn created this Life Tributes page to make it easy to share your memories.