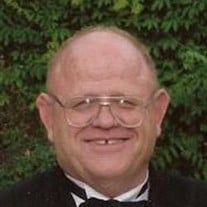 Paul Charles Christensen ”PC” On April 16, 2015 our beloved husband, father and brother was called home to serve in another capacity. He died from injuries he received while riding his favorite getaway motorcycle. His kindness and selflessness will be missed by all who knew him. A day seldom passed that he was not involved in assisting someone and he was never known to pass a stalled car. He was born December 22, 1943 in Centerfield, Utah to Charles Leo and Anna Larene Gregerson Christensen. He attended school in Centerfield through 11th grade when he moved to California to live with his older brother Ted and family. While there he first met his future wife, Mary Helen Crossley. After graduation and returning to Utah he enlisted in the U.S. Marine Corp. during the Vietnam conflict. He married his sweetheart, Mary, on October 8, 1965 and they were later sealed in the Los Angeles Temple of the Church of Jesus Christ of Latter Day Saints. They were blessed with seven children who survive him; Paula (Peter) Pratt, Douglas (Lynda) Christensen, Boyd Christensen and Eric Johnson, Andrea (Nathan) Wood, Daniel Christensen, Amy Christensen and Corey Bredesen, and Brad (Casaundra) Christensen. There are also eleven dear grandchildren who will miss their Papa’s tickles and laughter. He also leaves behind eight of his nine siblings: Leann (Lynn) Newton, Jerry (Norma) Christensen, Dale (Jennie) Christensen, Alice (Don) Sorensen, Duane (Gertrudes) Christensen, Elaine (Robin) Crandall, Glen (LaVaun) Christensen, Sylvia (Tony) Gedeon and brother-in-law Raymond (Linda)Crossley. Paul was preceded in death by both parents and his older brother Ted and Ted’s wife Ruth. Funeral services will be held at the Taylorsville LDS First Ward, 4845 South Woodhaven Drive, Taylorsville UT 84123. At 11 am Saturday, April 25, 2015. Friends may call from 9:45 to 10:45 am prior to services.

Paul Charles Christensen &#8221;PC&#8221; On April 16, 2015 our beloved husband, father and brother was called home to serve in another capacity. He died from injuries he received while riding his favorite getaway motorcycle. His kindness... View Obituary & Service Information

The family of Paul Charles Christensen created this Life Tributes page to make it easy to share your memories.